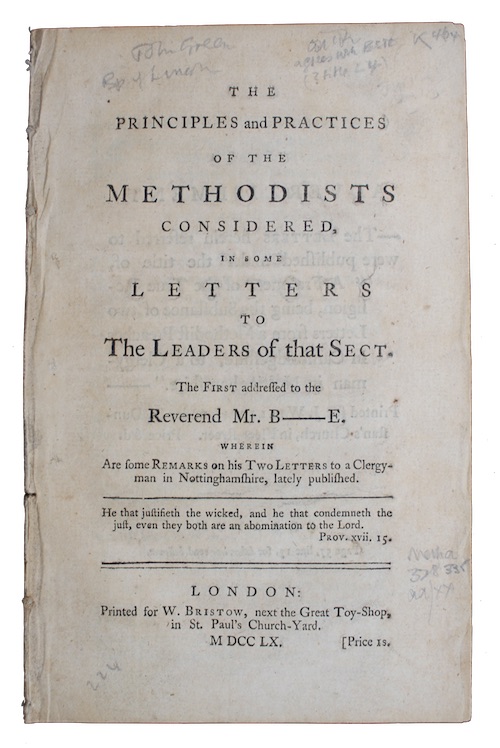 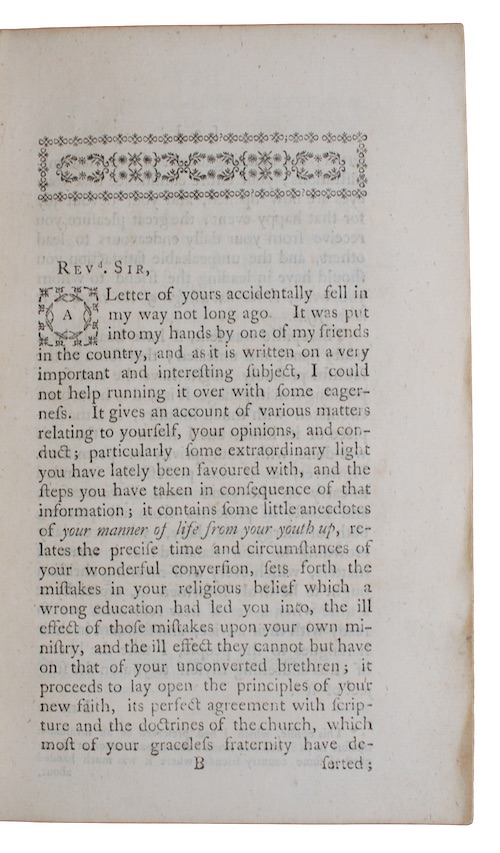 [GREEN, John]. The principles and practices of the methodists considered, in some letters to The Leaders of the Sect. The First addressed to the Reverend Mr. B----E. Wherein Are some Remarks on his Two Letters to a Clergyman in Nottinghamshire, lately published.

London. Printed for W. Bristow, 1760.
Call us Email us
8vo. [2], 78pp. Disbound. Repaired short tear to lower corner of leaf L2 - just clipping text without loss of sense.
The first edition of Bishop of Lincoln John Green's (1706-1779) vitriolic anti-Methodist pamphlet addressed to Church of England clergyman John Berridge (1716-1793) in answer to his A fragment of the true religion (London, 1760). Green condemns the emphasis Methodism places on faith rather than works as potentially socially unsettling, being 'greatly liable to be misapplied by the common people, and likely to lead them into mistakes of a very mischievous nature'. He would continue his tirade in his subsequent published work The principles and practices of the Methodists farther considered; in a letter to the Reverend Mr. George Whitefield (Cambridge, 1761).
ESTC T14244.
£ 150.00 Antiquates Ref: 21251
This site uses cookies.Find out more.