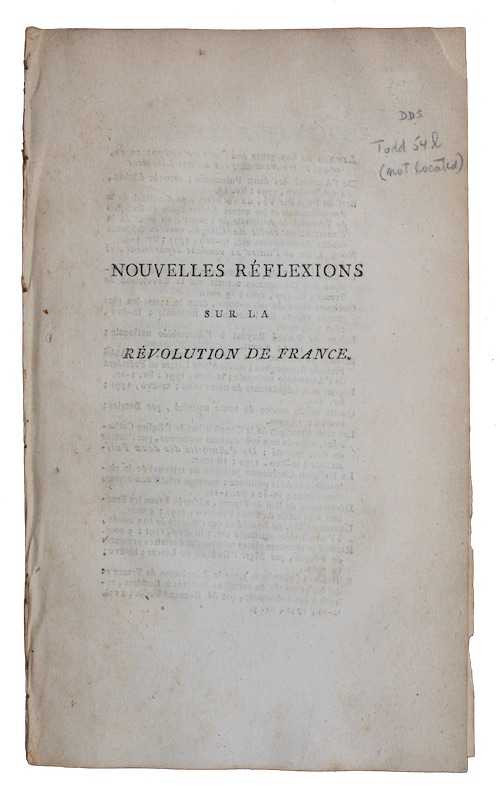 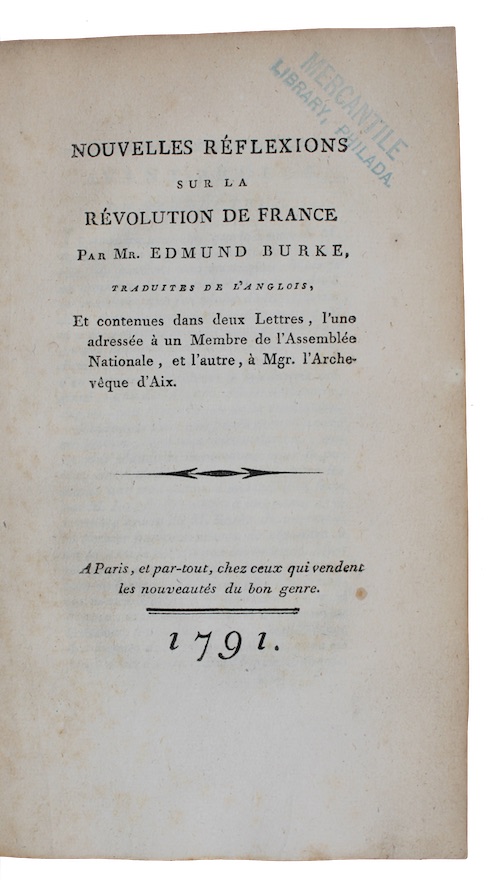 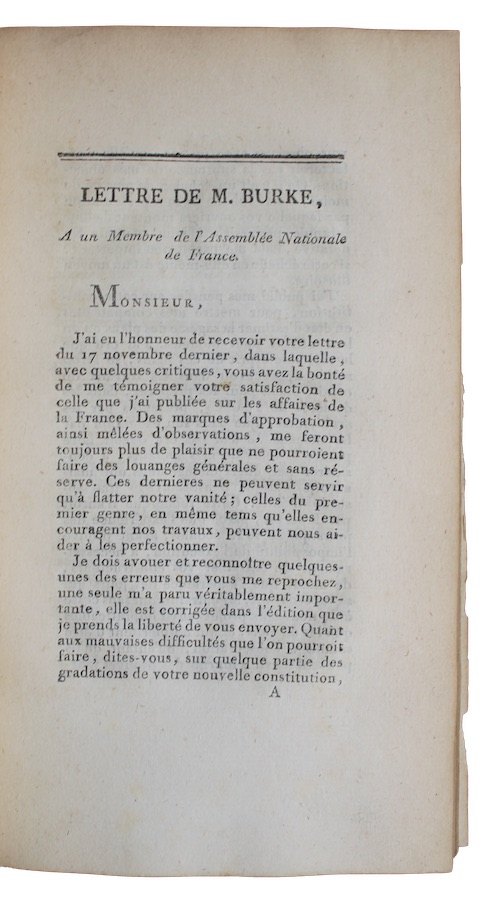 A Paris. [s.n.], 1791.
Call us Email us
8vo. xxiv, 93pp, [1]. Disbound. With a half-title. Very occasional chipping to margins, ink-stamps of the Mercantile Library, Philadelphia to head of title page and p.73.
A French translation of two letters by Irish born politician and philosopher Edmund Burke (1729/30-1797) to a member of the National Assembly, predominantly relating to Joseph Priestley's (1733-1804) critical response to his Reflections on the Revolution in France (London, 1790). The Reflections became the definitive polemical defence of the eighteenth-century British polity against revolutionary politics. It found an immediately receptive conservative audience at home and abroad, and was reissued many times before the end of the eighteenth-century, by which time developments in France had made Burke’s work seem remarkably prophetical.
£ 250.00 Antiquates Ref: 21252
This site uses cookies.Find out more.