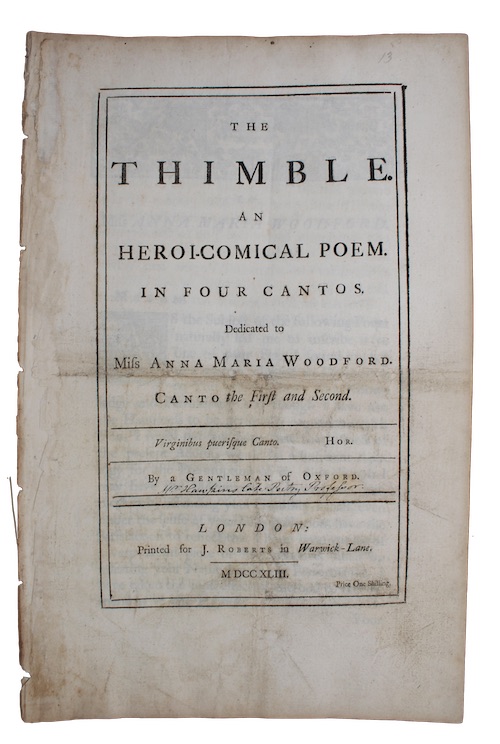 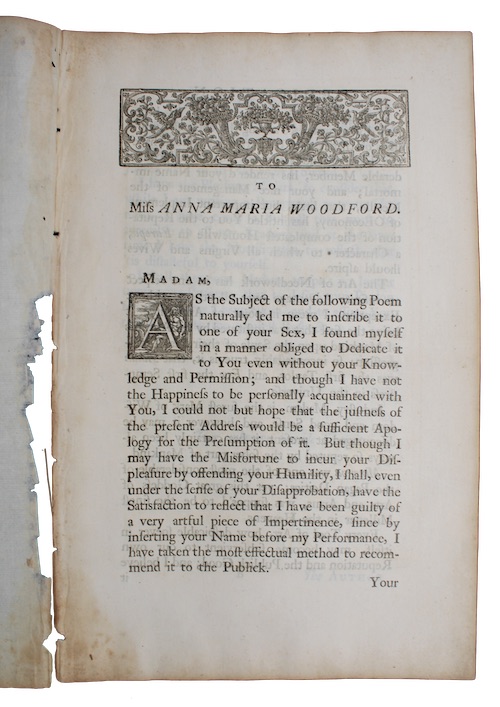 London. Printed for J. Roberts, 1743. First edition.
Call us Email us
Folio. 16pp. Disbound. Title page lightly creased and dust-soiled, some loss to gutter margin, inked author attribution above imprint.
The first edition of the first published work of Church of England clergyman William Hawkins (1721-1801), a satirical poem written in obvious imitation of Pope's Rape of the Lock (1714) and dedicated to Miss Anna-Maria Woodford, 'the compleatest housewife in Europe'. As stated by the title, only the first two cantos, of a planned four, are present; the third and fourth first appeared in the 1744 revision of the text, with the addition of a new opening line for the first canto ('What art divine the shining thimble found'). The poem was reissued in an expanded five-canto version, with notes of explanation by Scriblerus Secundus, in his Works of 1758.
ESTC T75201.
£ 100.00 Antiquates Ref: 21259
This site uses cookies.Find out more.