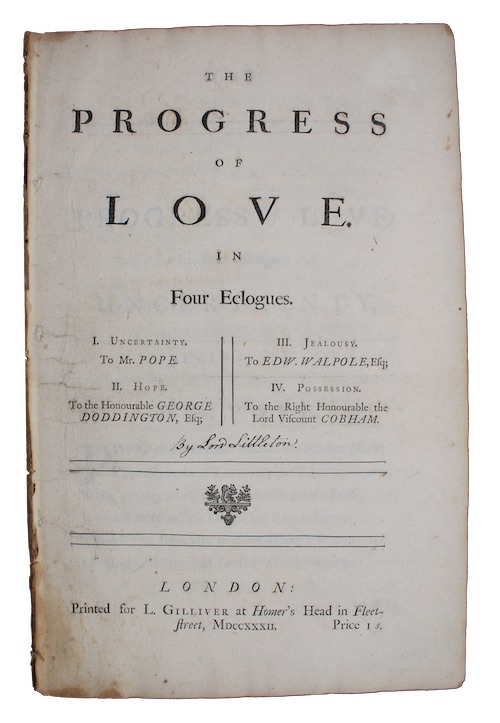 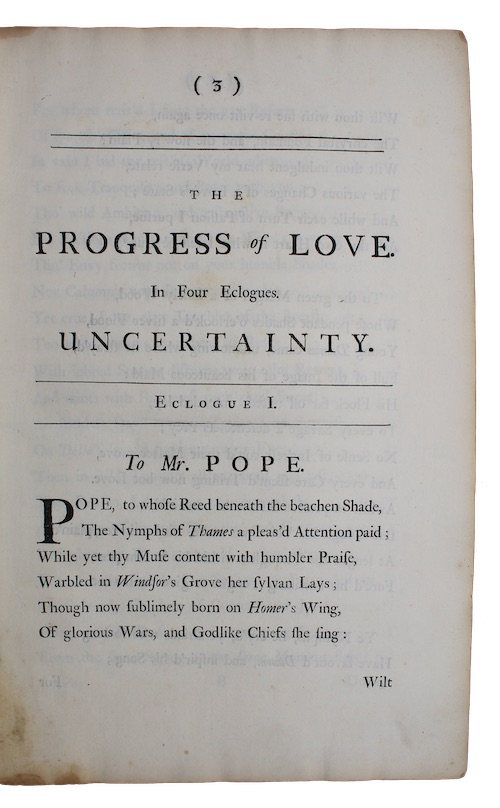 London. Printed for L. Gilliver, 1732.
Call us Email us
Folio. 24pp. Disbound. Inked annotation to title page, lightly creased and dust-soiled, paper repairs to gutter margins of final two leaves.
An early printing of four pastoral poems by George Lyttelton, Baron Lytellton (1709-1773) each celebrating an influential member of Georgian society whose acquaintance benefitted the author, including his friend and confidant Alexander Pope. Lyttelton circulated the poems first in manuscript, gathering revisions from his friends, indeed Pope contributed the concluding couplet of the poem addressed to him. In his Lives of the Poets (1799-81) Samuel Johnson wrote: 'Lord Lyttelton's poems are the works of a man of literature and judgement, devoting part of his time to versification. They have nothing to be despised, and little to be admired. Of his Progress of Love it is sufficient blame to say that it is pastoral'.
ESTC T44566.
£ 100.00 Antiquates Ref: 21270
This site uses cookies.Find out more.