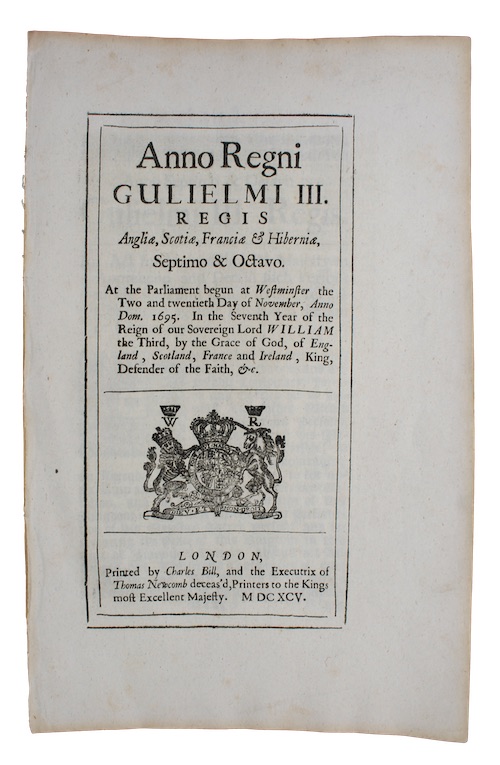 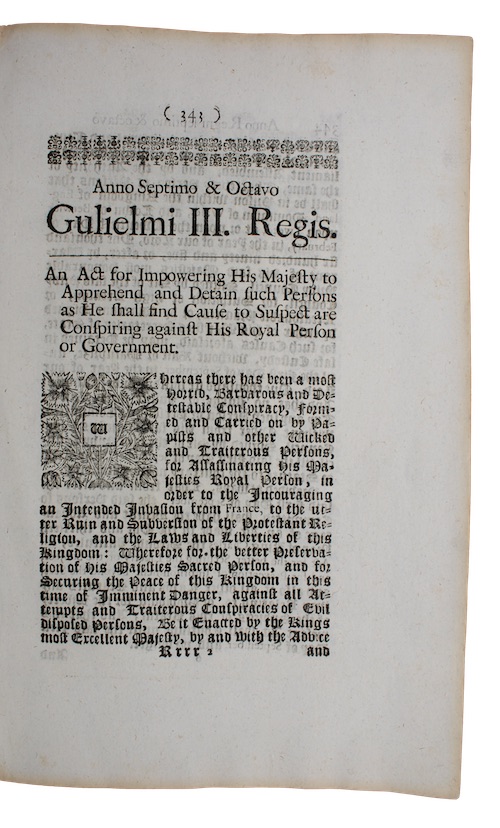 London. Printed by Charles Bill, and the Executrix of Thomas Newcomb, deceas'd, Printers to the Kings most Excellent Majesty, 1695.
Call us Email us
Foilio. [2], 343-346pp. Disbound. A crisp copy.
A rare survival of an act for 'Impowering His Majesty to Apprehend and Detain such Persons as He shall find Cause to Suspect are Conspiring against His Royal Person of Government'. The act, no doubt issued due to fears arising from the escalation of the Nine Years' War and the threat of assassination attempts from both foreign emissaries and domestic traitors, resulted in the suspension Habeas corpus.