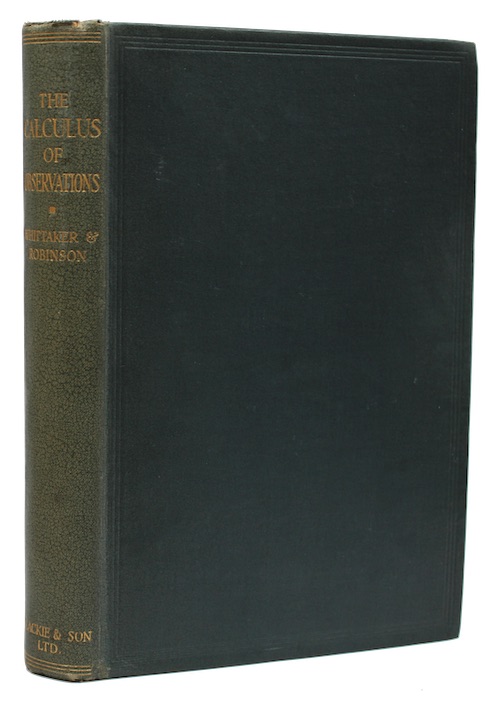 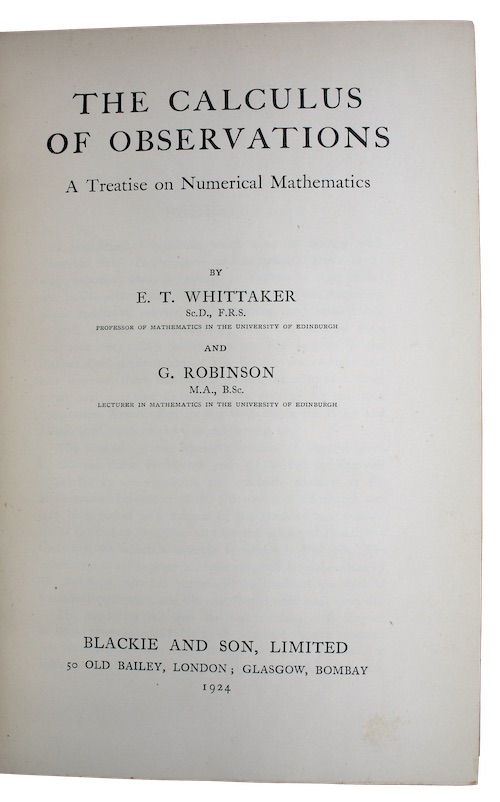 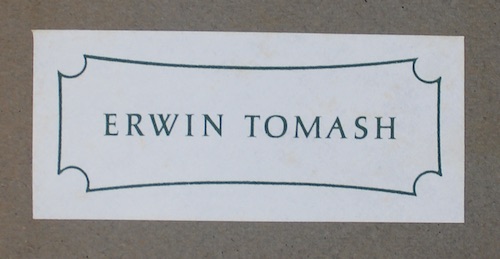 Glasgow. Blackie and Son, 1924. First edition.
Call us Email us
8vo. xvi, 395pp, [3]. With a folding table and a final leaf of publisher's advertisements. Original publisher's green cloth, ruled in gilt and blind, lettered in gilt. A trifle rubbed, spine sunned. Book-label of Erwin Tomash to FEP.
The first edition of mathematician and sometime Astronomer Royal of Ireland Edmund Taylor Whittaker's (1873-1956) textbook for a lecture course on numerical methods that had been given by him between 1913 and 1923 at the University of Edinburgh. George Robinson was a lecturer in Whittaker's department, and was, in effect, the editor of the present work.

From the recently dispersed library of Erwin Tomash (1921-2012), American engineer recognised for his early pioneering work with computer equipment peripherals. His library consisted of over 3,000 books and manuscripts relevant to the history of computation, from medieval and renaissance works on arithmetic, finger-reckoning and the abacus, to the birth in the twentieth century of theoretical and practical computer science under Alan Turing.
Tomash W 45.
£ 50.00 Antiquates Ref: 21273
This site uses cookies.Find out more.