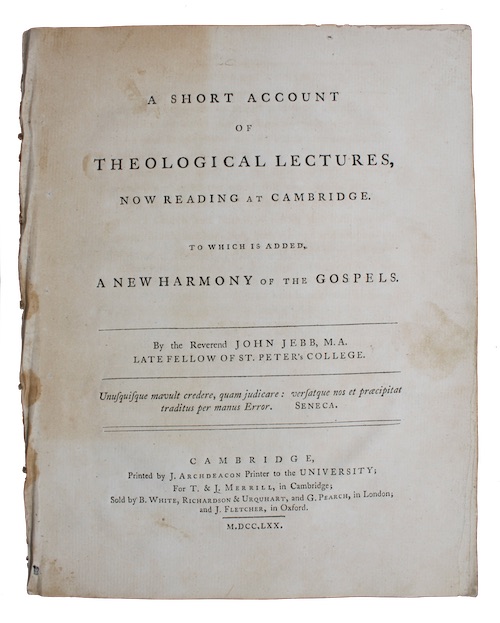 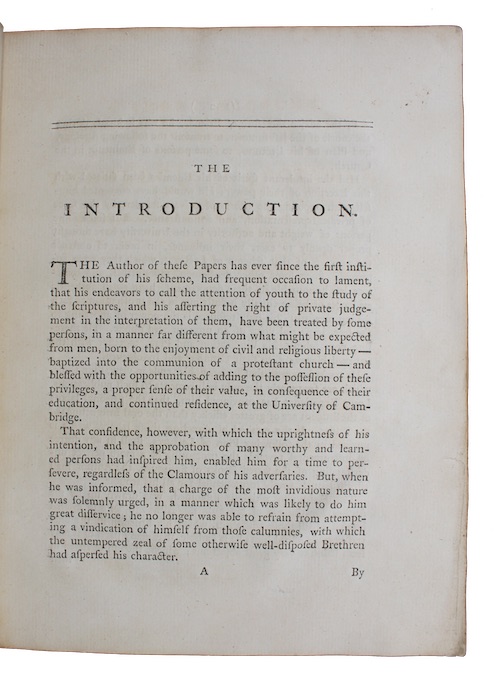 JEBB, John. A short account of theological lectures, now reading at cambridge. To which is added, a new harmony of the gospels.

Cambridge. Printed by J. Archdeacon...For T. & J. Merrill, 1770. First edition.
Call us Email us
Quarto. [2], 40pp, [2]. The final leaf contains a specimen of the Harmony with references, without the errata slip pasted at the foot of the verso found in some copies. Disbound. A trifle creased and dust-soiled.
The first edition of religious and political reformer John Jebb's (1736-1786) pamphlet addressing criticisms levelled at his Cambridge University lecture series on New Testament scripture. Jebb's lessons were regarded with disfavour by his colleges for their promotion of Socinianism and the rejection of the Trinity, with some forbidding their undergraduates from attending.