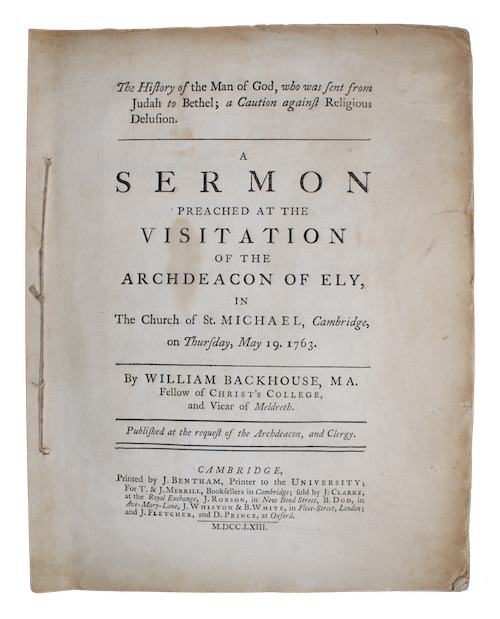 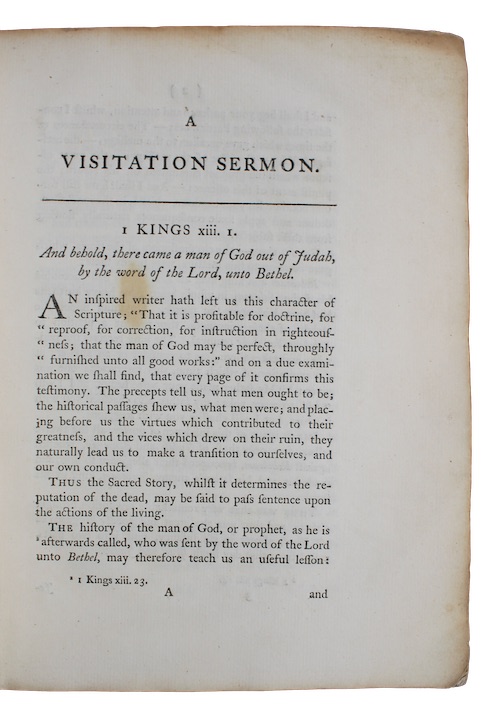 BACKHOUSE, William. The History of the Man of God, who was sent from Judah to Bethel; a Caution against Religious Delusion. A sermon preached at the visitation of the archdeacon of ely, in The Church of St. Michael, Cambridge, on Thursday, May 19. 1763.

Cambridge. Printed By J. Bentham, Printer to the University; For T. & J. Merrill, 1763. First edition.
Call us Email us
Quarto. [4], 19pp, [1]. With a final page of publisher's advertisements. Stitched, as issued. Some slight chipping to margins, overall clean and crisp.
The first edition of Church of England clergyman William Backhouse's (d. 1789) first published work, a visitation sermon on Kings 1st XIII, 1 delivered at Cambridge before the Archdeacon of Ely, Charles Plumptre.