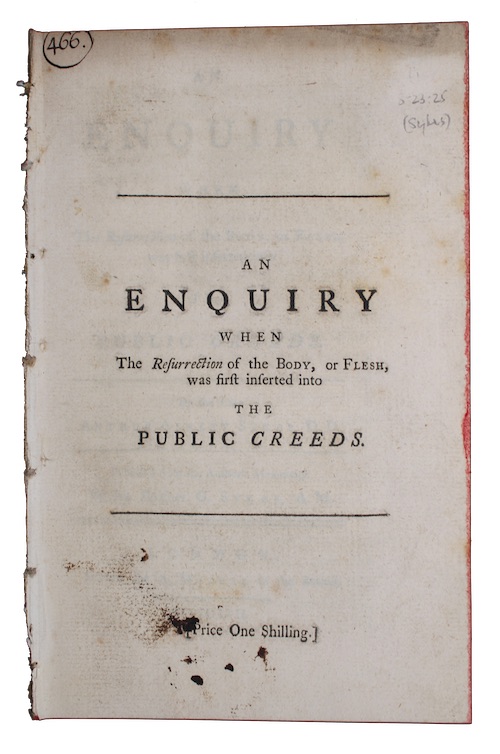 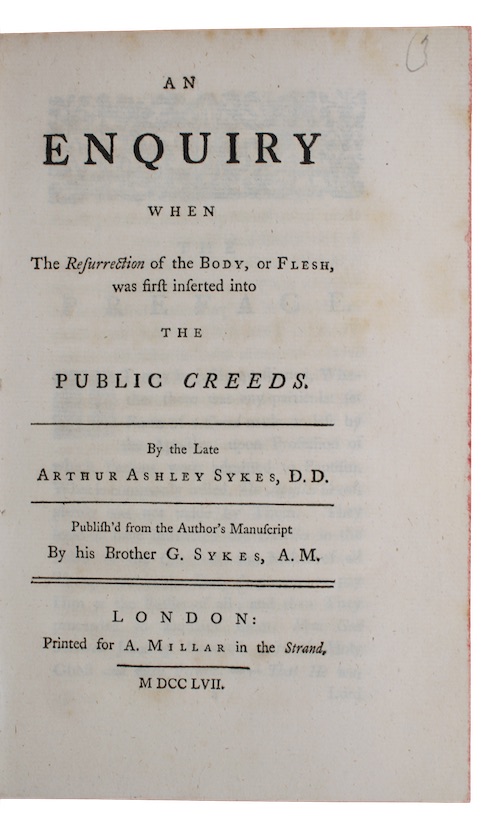 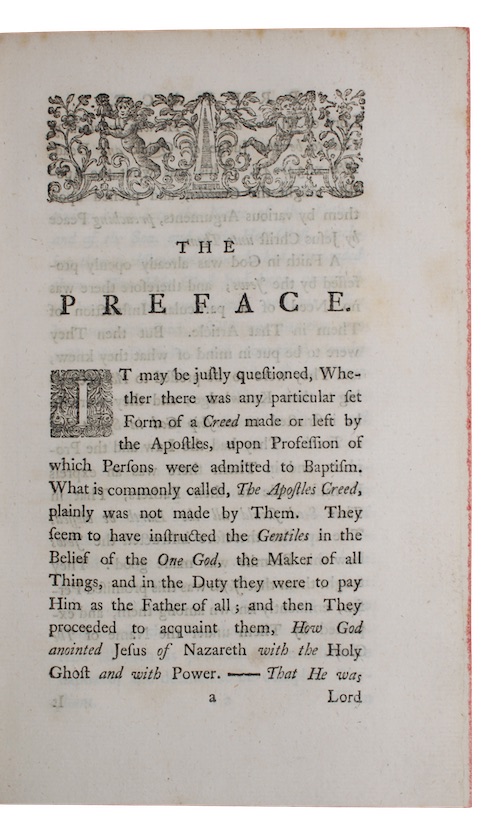 SYKES, Arthur Ashley. An enquiry when The Resurrection of the Body, or Flesh, was first inserted into the public creeds.

London. Printed for A. Millar, 1757. First edition.
Call us Email us
8vo. [12], 52pp. With a half-title. Disbound, all edges red. Ink-spotting to title page, inked shelf-mark to head, occasional light spotting.
The first edition of a doctrinal history of the Resurrection by Church of England clergyman and religious controversialist Arthur Ashley Sykes (c.1684-1756), posthumously published 'from the Author's manuscript By his Brother G. Sykes'.