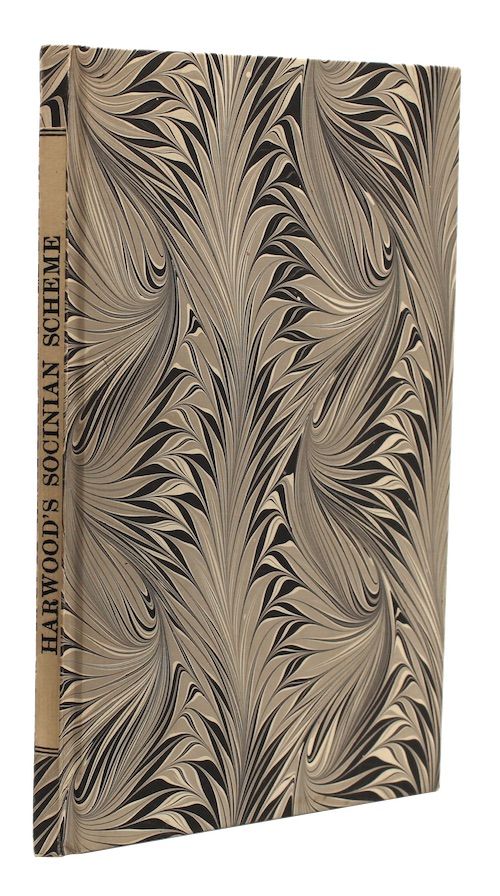 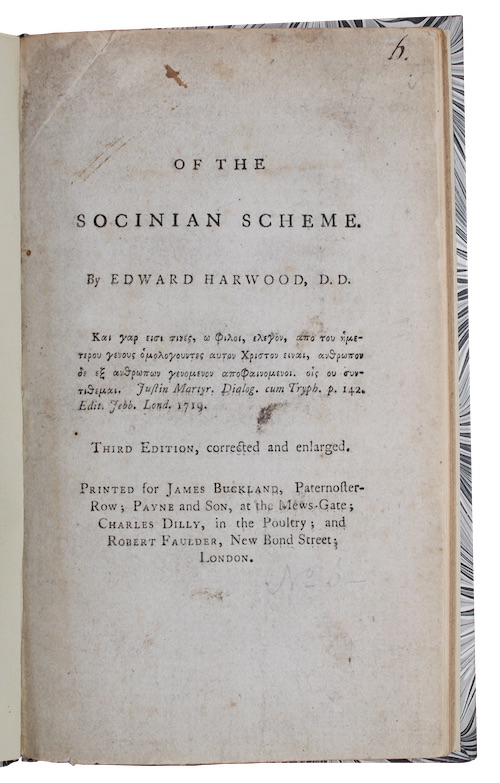 HARWOOD, Edward. Of the socinian scheme.

All editions are scarce, with this third being no exception; ESTC records copies at three locations in the British Isles (BL, Oxford, and Manchester), and one further in North America (Duke).
ESTC T12294.
£ 100.00 Antiquates Ref: 21320
This site uses cookies.Find out more.