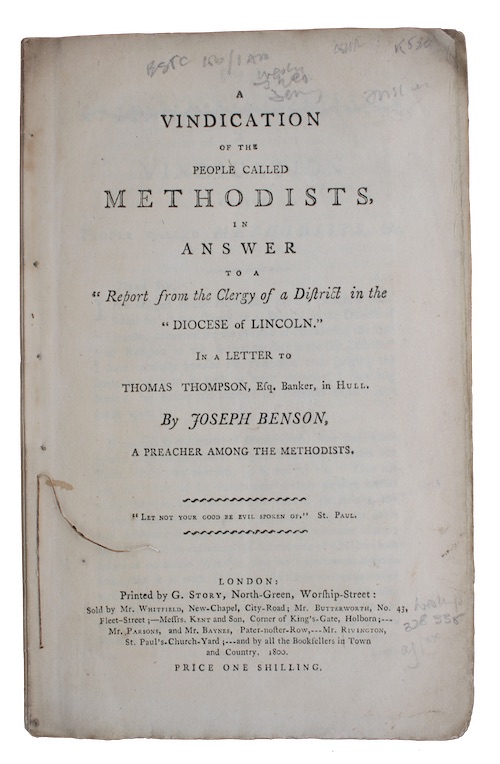 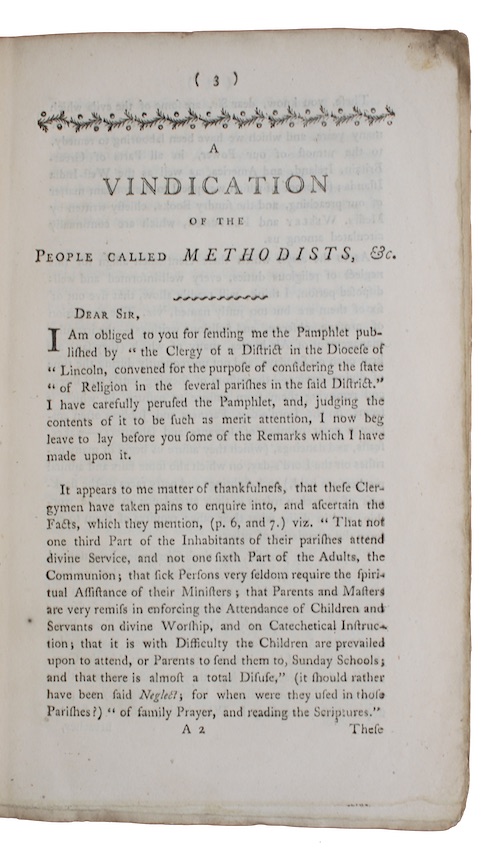 BENSON, Joseph. A vindication of the people called methodists, in answer to a "Report from the Clergy of a District in the "diocese of lincoln." In a letter to thomas thompson, Esq. Banker, in Hull.

London. Printed by G. Story, 1800. First edition.
Call us Email us
8vo. 42pp, Stitched, as issued. A trifle spotted, stitching partially perished.
The sole edition, in original state, of Wesleyan Methodist minister Joseph Benson's (1739-1821) apologetic defence of his faith, written in response to queries levelled by Church of England clergymen regarding the conduct of the denomination in a pamphlet entitled Report from the clergy of a district in the diocese of Lincoln, convened for the purpose of considering the state of religion in the several parishes...and of guarding...against the dangers arising to the Church and government...from the alarming increase of profaneness and irreligion... (London, 1800).
ESTC T99691.
£ 100.00 Antiquates Ref: 21328
This site uses cookies.Find out more.