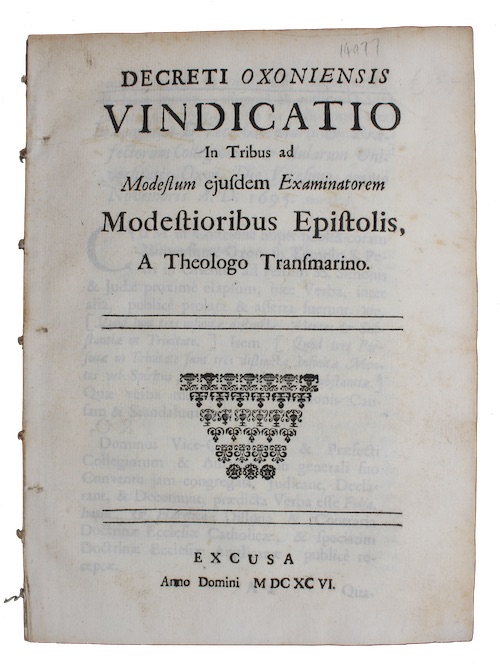 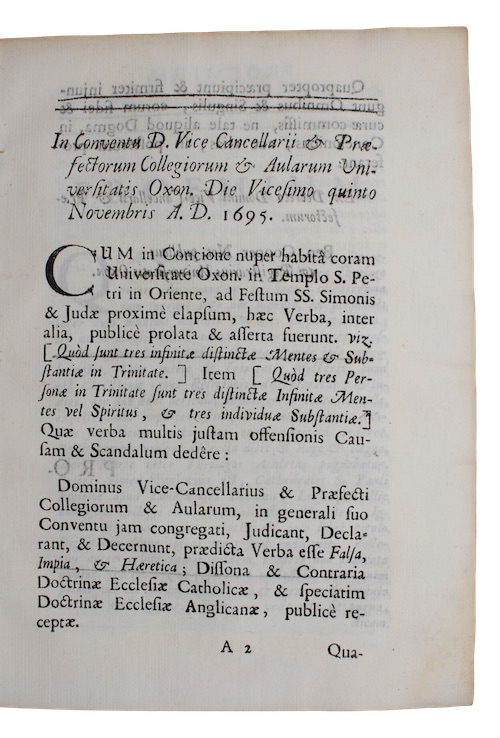 [Oxford]. [s.n.], 1696. First edition.
Call us Email us
Quarto. [16], 92pp. Disbound. Earlier stab-stitch holes to gutter, lightly spotted.
An anonymous tract, that despite the claim of the title was not issued by the University of Oxford as an official document, written in response to Church of England clergyman and religious controversialist William Sherlock's (1639/40-1707) A modest examination of the authority and reasons of the late decree of the vice-chancellor of Oxford...concerning the heresy of three distinct infinite minds in the Holy and Ever-blessed Trinity (London, 1696). The work has been attributed to clergyman and theologian Robert South (1634-1716), a credit that appears tenable given the pamphlet war waged between Sherlock and South over understanding of the Trinity, the former employing rationalist methods to demonstrate the reality of the triad (in line with the tenets of Socinianism), the latter championing the mystery and intrinsic incomprehensibility of trinitarianism specifically and Christianity generally.
ESTC R6122, Wing O872.
£ 150.00 Antiquates Ref: 21333
This site uses cookies.Find out more.