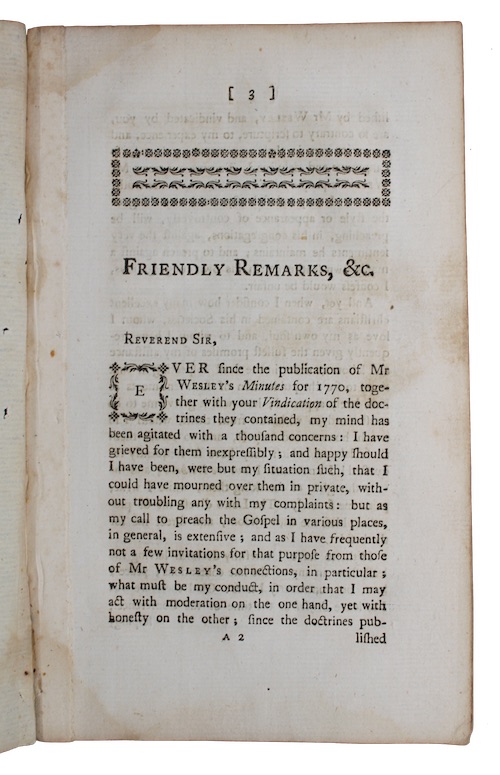 [HILL, Rowland]. Friendly remarks Occasioned by the spirit and doctrines Contained in The Rev. Mr. Fletcher's Vindication, And more particularly in his Second Check to antinomianism. To which is added, a postscript. Occasioned by his Third Check.