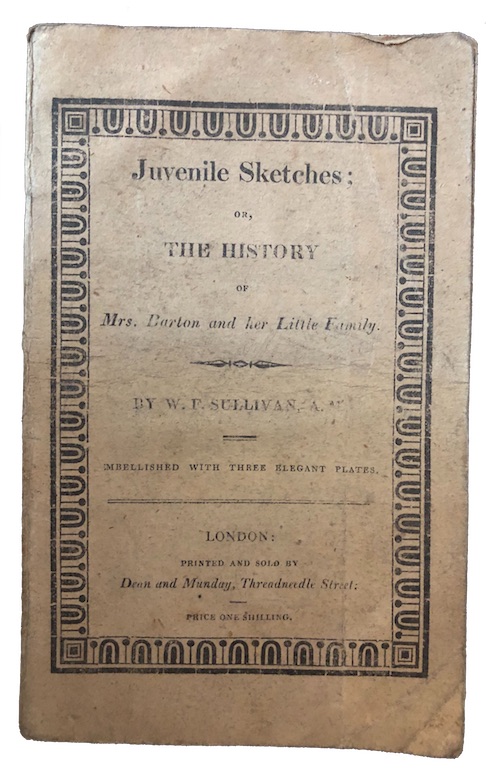 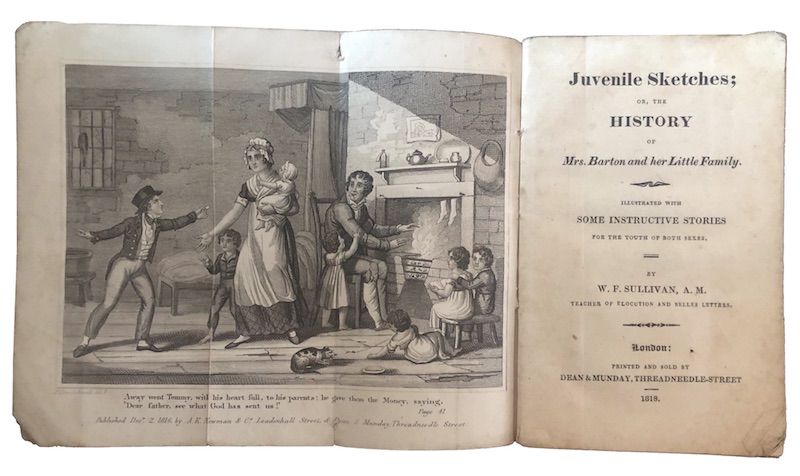 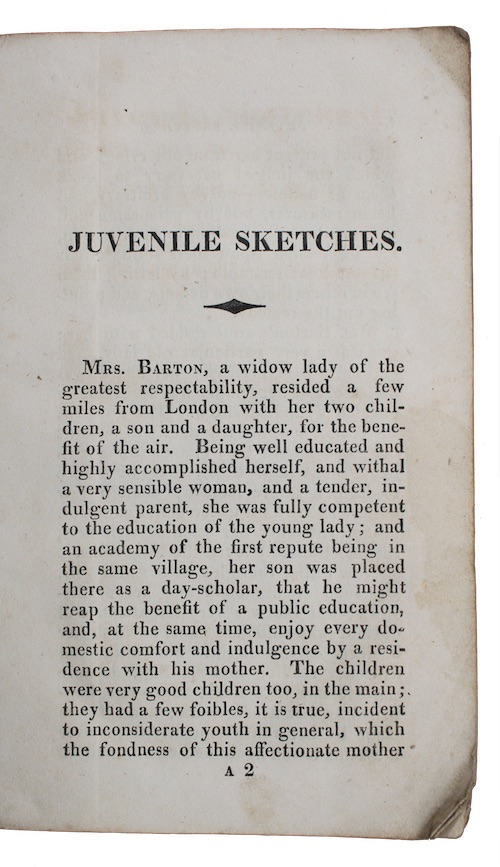 SULLIVAN, W.F.. Juvenile sketches; or, the history of Mrs. Barton and her Little Family. Illustrated with some instructive stories for the youth of both sexes.

London. Printed and sold by Dean & Munday, Threadneedle-Street, 1818. Third edition.
Call us Email us
12mo, erratically mis-signed. [2], 5-56pp. [2]. With folding engraved frontispiece, two further engraved plates, all three after Isaac Cruikshank, and a terminal blank. Original buff printed paper wrappers. Rubbed to surfaces and extremities, corners slightly dog-eared, occasional pencil marking to text. Marginal tear to A6 without loss. Early ink inscription (J.M. Gresley?) to verso of upper wrapper.
A rare survival in the original wrappers of what appears to be the third edition of a collection of three short, moral conduct of life stories all either concerning or narrated to children from the family of Mrs Barton, a young widow recently moved to a new home just outside of London, by William Francis Sullivan (1756-1830), son of a noted Irish jurist, a mariner in the Royal Navy during the American War of Independence and writer of verse and short stories, including several moral tales for children.

Bibliographically, this is an altogether difficult book. The frontispiece, after Isaac Cruikshank, is dated 'Decr. 2. 1816', we can locate just a single copy of that edition, published by Dean & Munday in 1816, at Oxford. Subsequent editions of 1817 (under the A.K. Newman imprint) and 1818 (under both Newman and Dean & Munday imprints) appear to have been almost interchangeable - indeed the presence of a terminal blank, here, conjugate with the title, suggest that the same sheets for the text may have been used by both. OCLC locates a single copy of this exact edition, at Princeton.
£ 625.00 Antiquates Ref: 21355
This site uses cookies.Find out more.