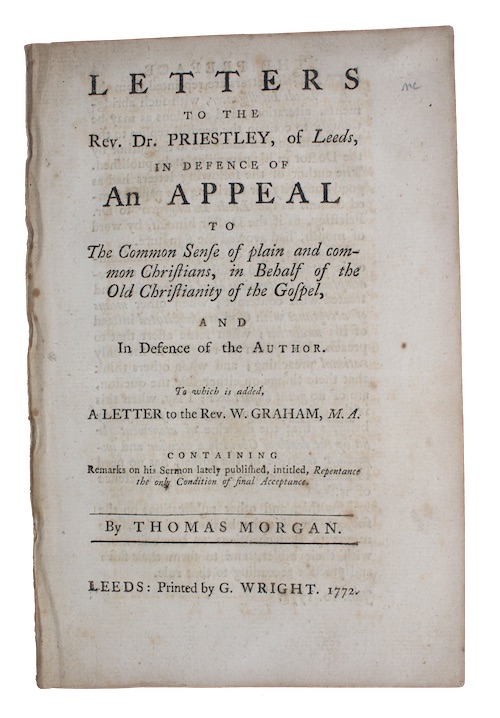 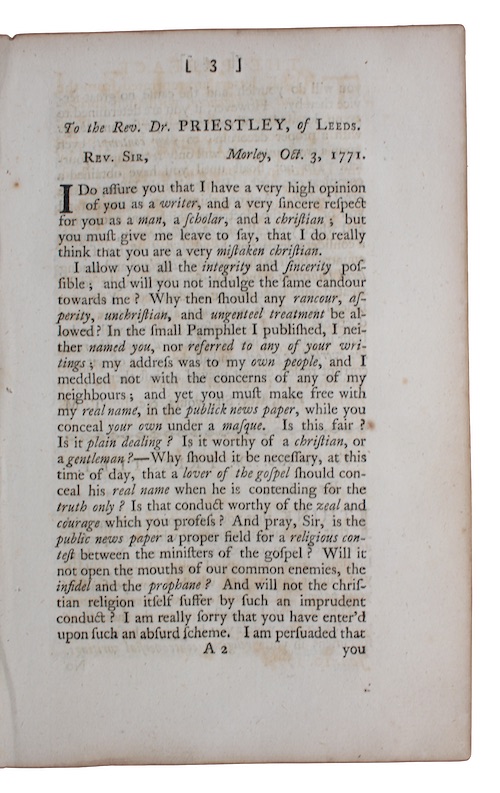 MORGAN, Thomas. Letters to the Rev. Dr. priestley, of Leeds, in defence of An appeal to The Common Sense of plain and common Christians, in Behalf of the Old Christianity of the Gospel, and In Defence of the Author...

Leeds. Printed by G. Wright, 1772. First edition.
Call us Email us
8vo. 28pp. Disbound. Lightly spotted.
The sole edition of a pamphlet by Church of England clergyman Thomas Morgan (1719-1799) responding to Joseph Priestley's propagandist essay An appeal to the serious and candid professors of Christianity (1770) which asserted that all religious views must be tolerated.
ESTC T45659.
£ 125.00 Antiquates Ref: 21396
This site uses cookies.Find out more.