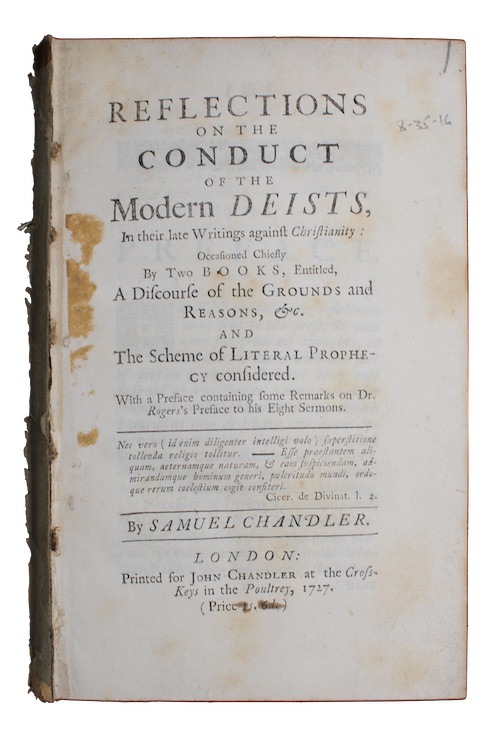 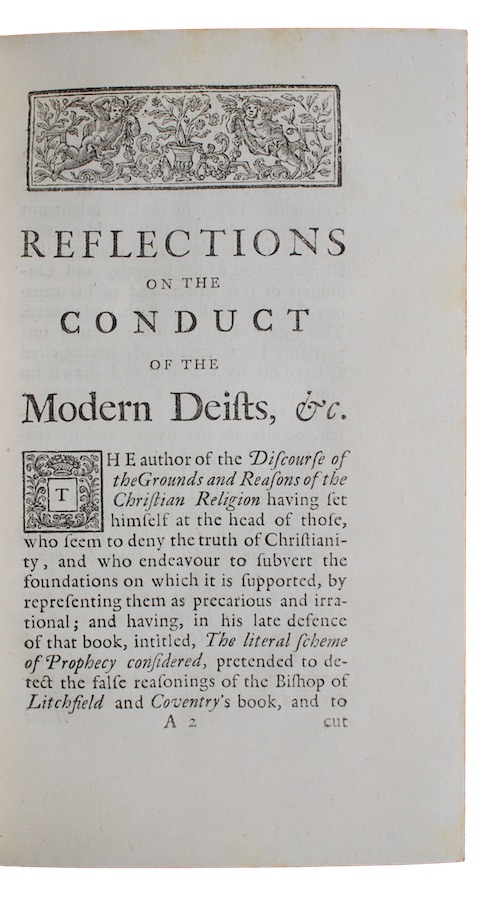 CHANDLER, Samuel. Reflections on the conduct of the Modern deists, In their late Writings against Christianity: Occasioned Chiefly By Two books, Entitled, A Discourse of the Grounds and Reasons, &c. and The Scheme of Literal Prophecy considered...

London. Printed for John Chandler, 1727. First edition.
Call us Email us
8vo. lvi, [1], 4-110pp. Disbound, all edges red. Some spotting.
The first edition of dissenting minister and theologian Samuel Chandler's (1693-1766) defence of the authenticity of the scriptures against the declarations of the deists, in particular the writings of contemporary philosopher and freethinker Anthony Collins (1676-1729).
ESTC T64335.
£ 75.00 Antiquates Ref: 21398
This site uses cookies.Find out more.