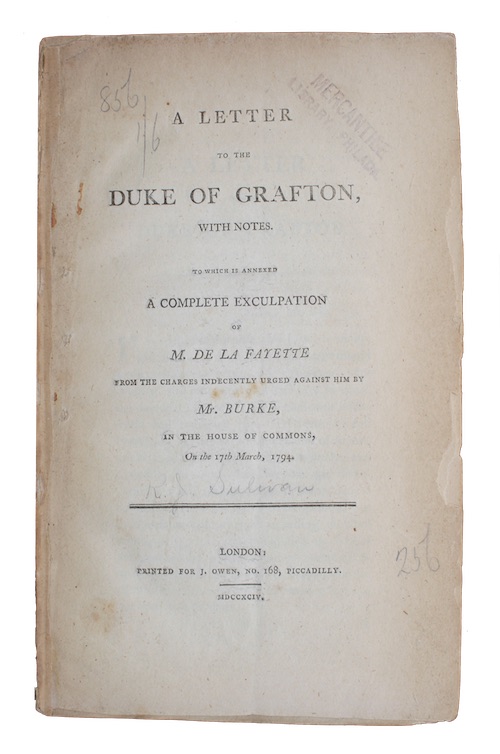 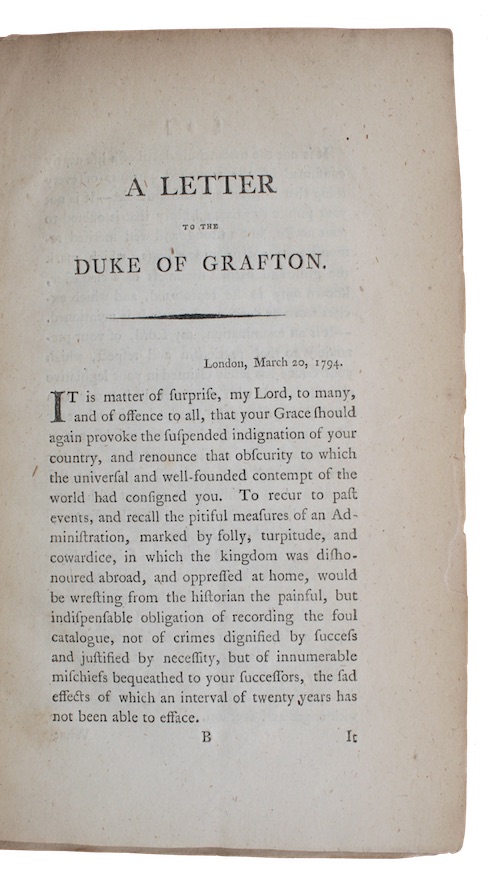 [MILES, William Augustus]. A letter to the duke of grafton, with notes. To which is annexed a complete exculpation of m. de la fayette from the charges indecently urged against him by Mr. burke, in the house of commons, On the 17th March, 1794.

London. Printed for J. Owen, 1794. First edition.
Call us Email us
8vo. [2], 95pp, [1]. Without half-title. Disbound. Ink library stamps of the Mercantile Library, Philadelphia to title page and p.53, lightly browned, occasional chipping to margins.
The first edition of a polemic by William Augustus Miles (1753/4-1817), addressed to former prime minister Augustus Henry FitzRoy, third Duke of Grafton (1735-1811), defending the Marquis de Lafayette (1757-1834) from the charges made against him by Edmund Burke (1729/30-1797) on 17th March in the House of Commons. Lafayette, his influence upon the revolution in France having waned, had been detained as a state prisoner. A motion calling for the British government to intercede was brought before Parliament. Burke, vehemently opposed to the release, stating that Lafayette's record throughout the Revolution had been deplorable, describing him as the 'principal author...of all the misfortunes that had befallen France'.
ESTC T96871.
£ 100.00 Antiquates Ref: 21406
This site uses cookies.Find out more.