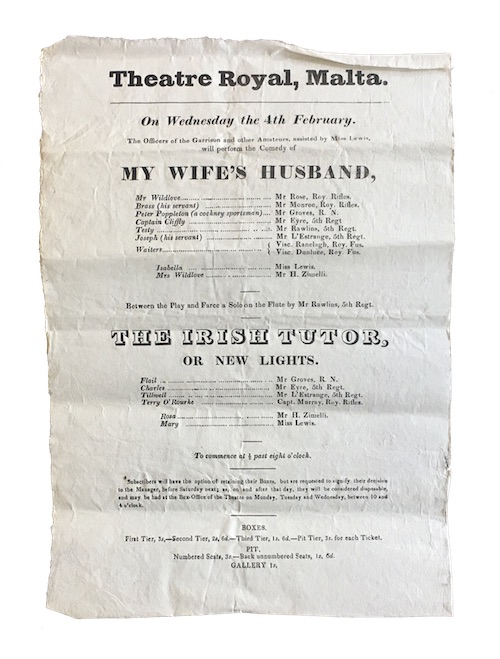 [THEATRE ROYAL, MALTA]. Theatre Royal, Malta. On Wednesday the 4th February. The Officers of the Garrison and other Amateurs, assisted by Miss Lewis, will perform the Comedy of my wife's husband...