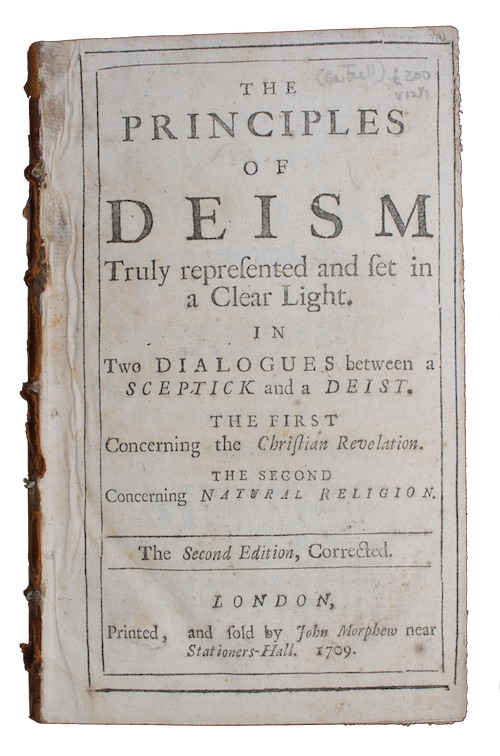 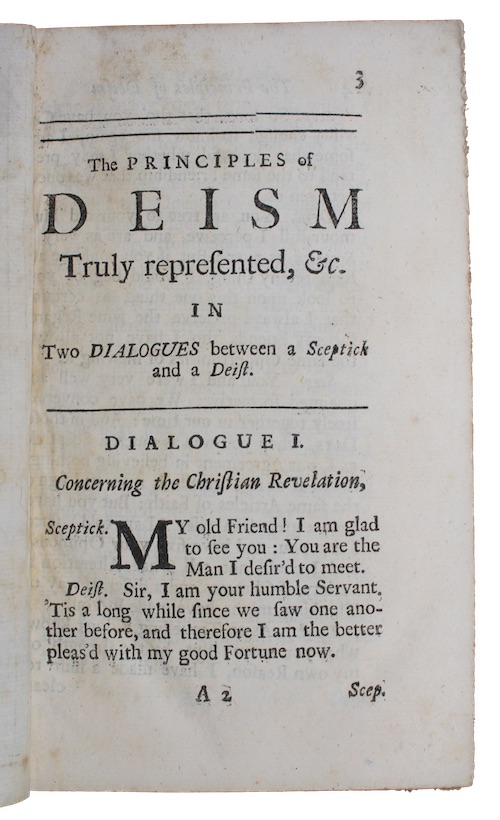 [GASTRELL, Francis]. The principles of deism Truly represented and set in a Clear Light. In Two dialogues between a sceptick and a deist. The first Concerning the Christian Revelation. The second Concerning natural religion.