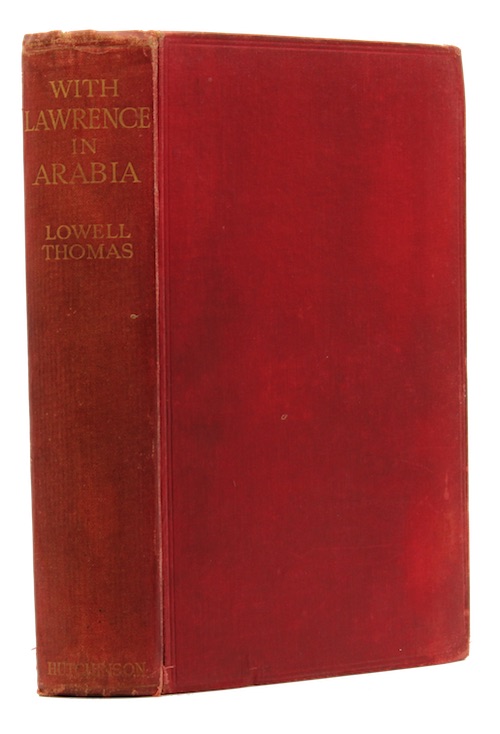 THOMAS, Lowell. With lawrence in arabia.

London. Hutchinson & Co., Ltd., [s.d., c.1927] Eighth ediiton.
Call us Email us
8vo. 317pp, [1]. With a portrait frontispiece and a further 64 illustrations. Original publisher's red cloth, lettered in gilt. Without dustwrapper. Lightly rubbed, one plate detached. From the library of the late Jeremy Wilson (1944-2017), the authorised biographer of Lawrence, with his distinctive inked ownership inscription to recto of FFEP and bookplate to FEP.
A memoir of the several weeks Thomas spent traveling with Lawrence in the Middle East toward the end of the First World War.
£ 50.00 Antiquates Ref: 21489
This site uses cookies.Find out more.