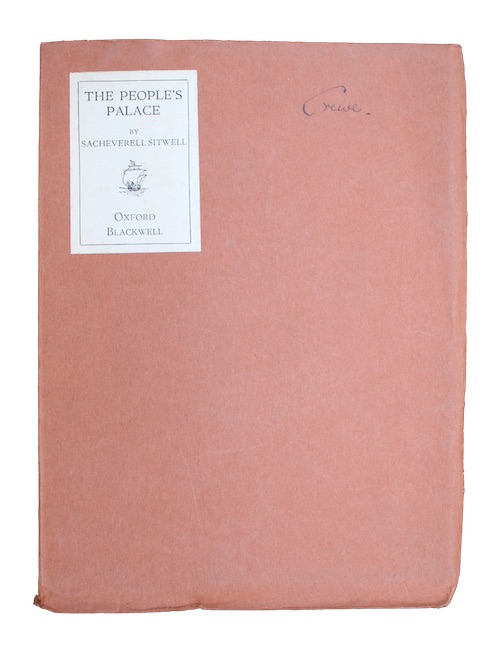 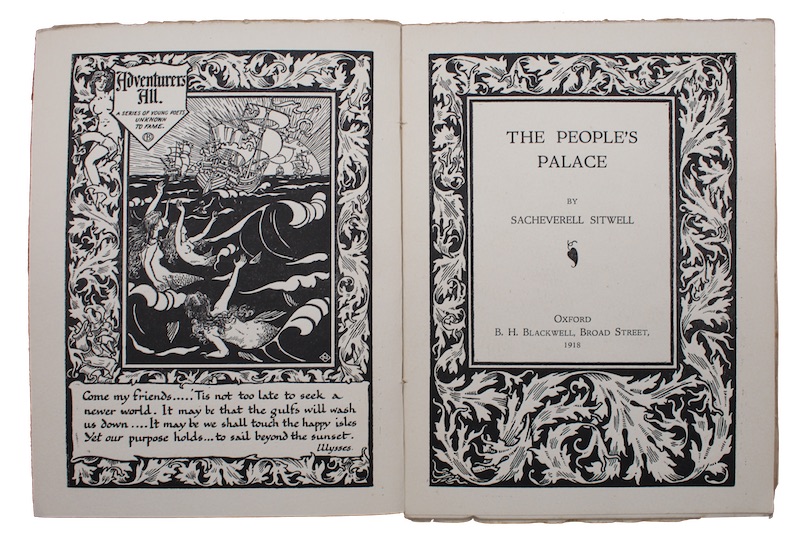 Oxford. B. H. Blackwell, 1918. First edition.
Call us Email us
8vo. No. XXII in the "Adventurers All" Series. 52pp, [4]. With an engraved frontispiece and title page, and three final leaves of publisher's advertisements. Original publisher's orange-brown wrappers, printed paper lettering-pieces to spine and upper wrapper. Extremities a trifle creased. Internally immaculate. From the library of the Marquess of Crewe, with his inked ownership inscription of 'Crewe' to upper wrapper.
The sole edition of the first published work of Sacheverell Sitwell (1897-1988), a collection of fourteen poems.