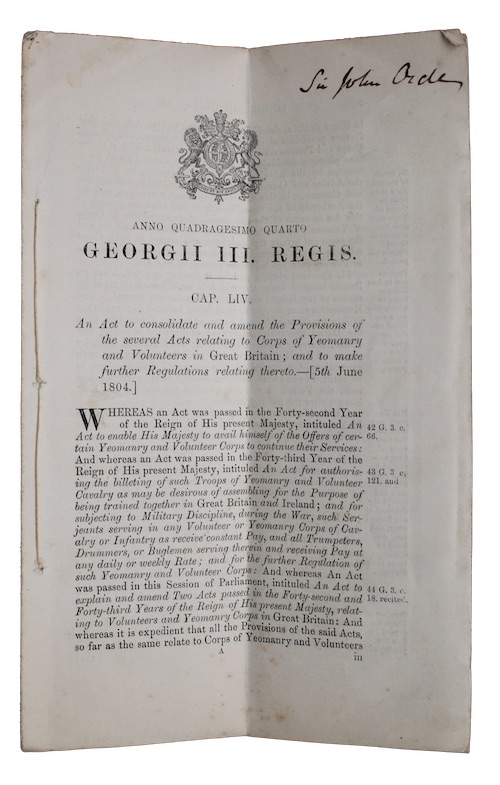 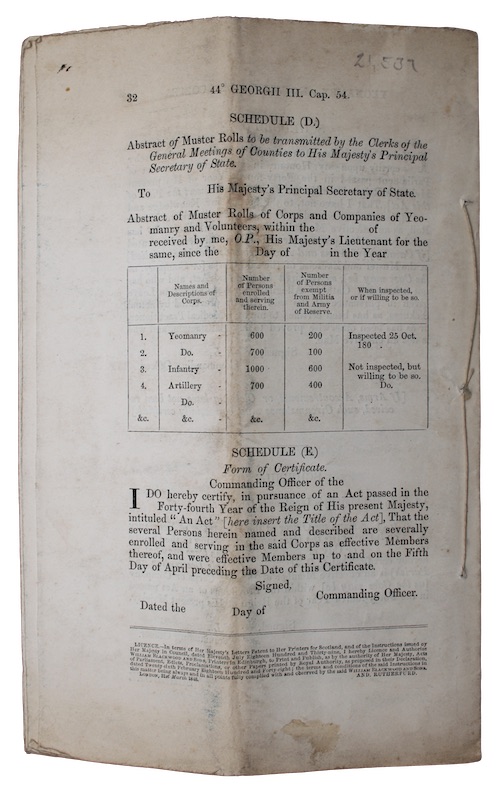 [Edinburgh]. [William Blackwood and Sons], [1848].
Call us Email us
8vo. 32pp. Stitched, as issued. Central horizontal fold, lightly dust-soiled, inked ownership inscription of Sir John Orde to head of title page.
A Georgian Act issued to consolidate and amend several late eighteenth-, early nineteenth-century acts relating to the establishment, maintenance and regulation of yeomanry and volunteer corps, and reissued in the early Victorian years. Many such civilian forces had been raised during the French Revolutionary Wars, though they had been disbanded following the conclusion of the conflict. Under the provision of the Volunteer Act of 1804 fresh corps were raised for local, particularly coastal, defence in response to the beginning of the Napoleonic Wars.