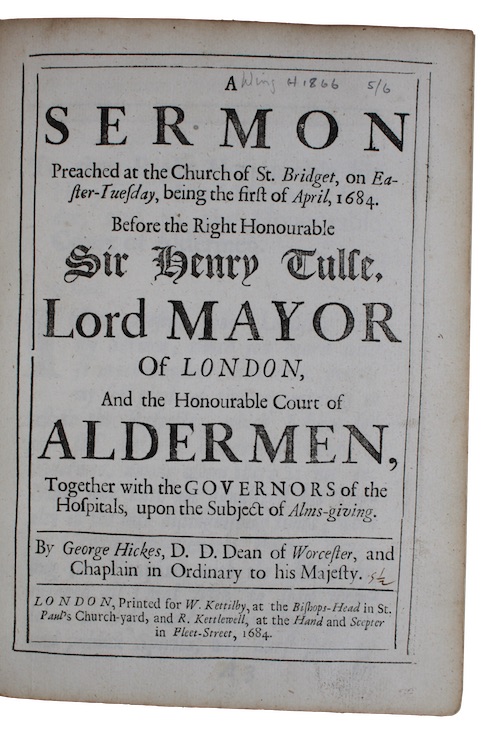 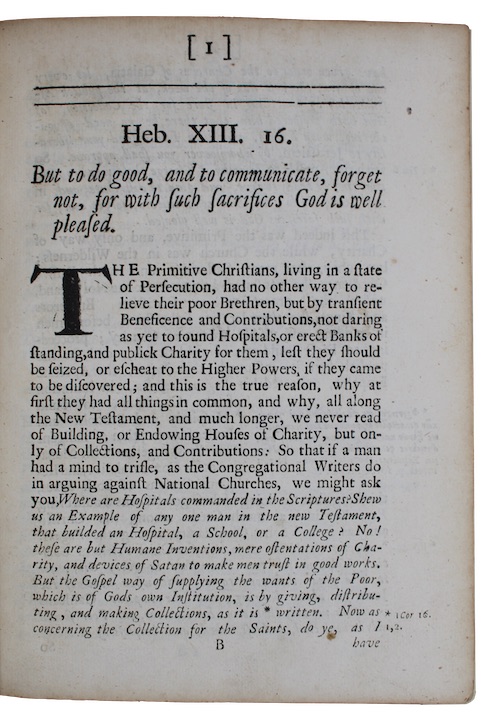 HICKES, George. A sermon Preached at the Church of St. Bridget, on Easter-Tuesday, being the first of April, 1684. Before the Right Honourable Sir Henry Tulse, Lord mayor of london, And the Honourable Court of aldermen, Together with the governors of the Hospitals, upon the Subject of Alms-giving.

London. Printed for W. Kettilby...and R. Kettlewell, 1684. First edition.
Call us Email us
Quarto. [8], 32pp. With an initial order-to-print leaf. Recent black cloth. Book-label of Eric Gerald Stanley to FEP, some spotting.
The sole edition of an Easter sermon on the giving of alms by Bishop of the nonjuring Church of England and antiquary George Hickes (1642-1715).