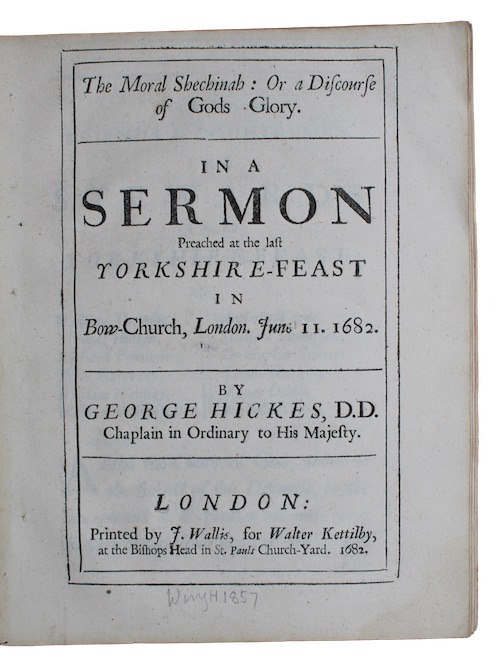 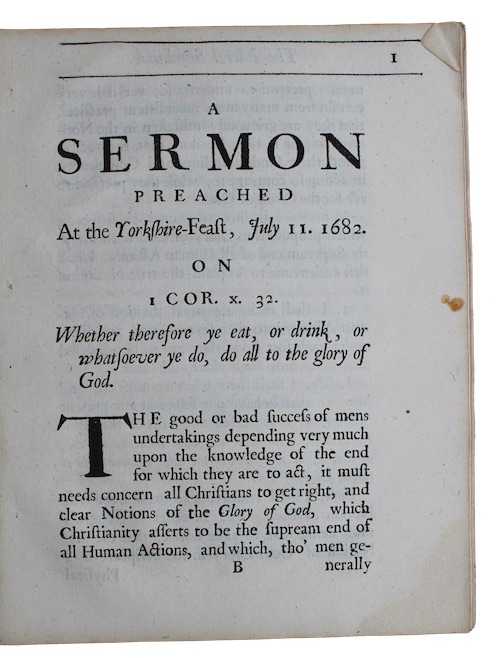 HICKES, George. The Moral Shechinah: Or a Discourse of Gods Glory. In a sermon Preached at the last yorkshire-feast in Bow-Church, London. June 11. 1682.

London. Printed by J. Wallis, for Walter Kettilby, 1682. First edition.
Call us Email us
Quarto. [8], 32pp. With an initial blank leaf. Disbound. Text-block separated into three parts, recent book-label of Eric Gerald Stanley to verso of initial blank leaf, stab-stitch holes to gutters.
The first edition of a sermon by Bishop of the nonjuring Church of England and antiquary George Hickes (1642-1715) in part celebrating the proclamation of Constantine as emperor at York in 306 AD.