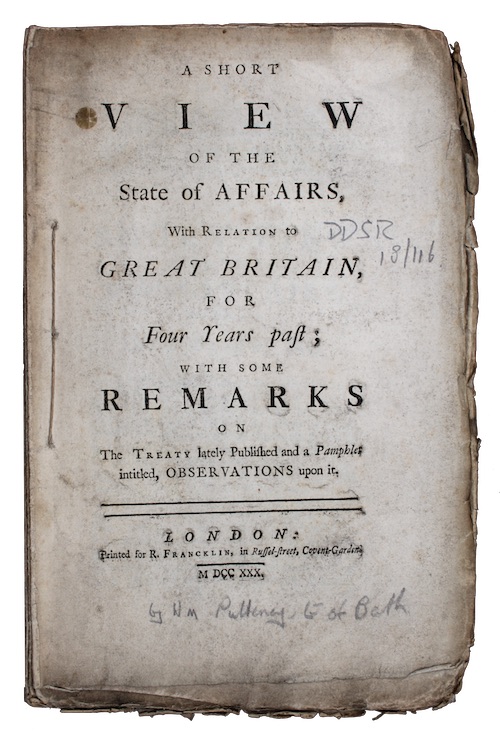 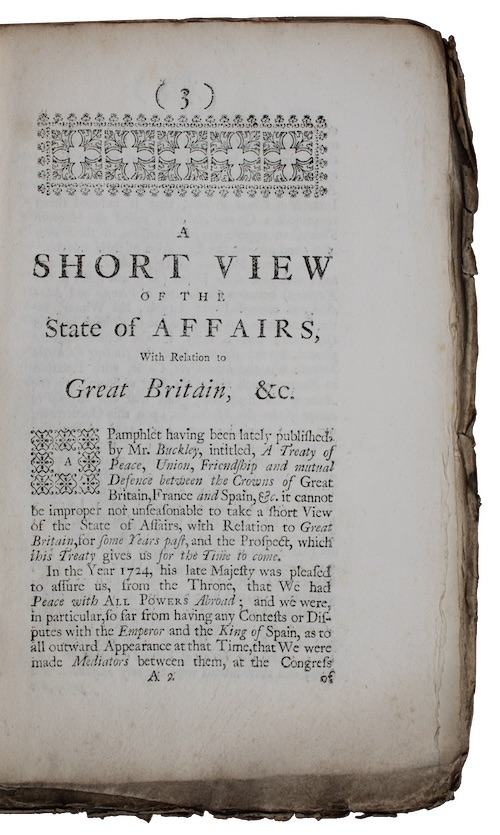 [PULTENEY, William, Earl of Bath]. A short view of the State of affairs, With Relation to great britain, for Four Years past; with some remarks on The Treaty lately Published and a Pamphlet intitled, observations upon it.

London. Printed for R. Francklin, 1730. First edition.
Call us Email us
8vo. 36pp. Uncut. Stitched, as issued. Title and final page dust-soiled, small worm-trail to lower margins.
The sole edition of a pamphlet commonly attributed to William Pulteney, Earl of Bath (1684-1764) analysing the political position of Britain prior, and immediately subsequent to, the signing of the Treaty of Seville (1729) which had formally ended the Anglo-Spanish War.
ESTC T48239.
£ 50.00 Antiquates Ref: 21619
This site uses cookies.Find out more.