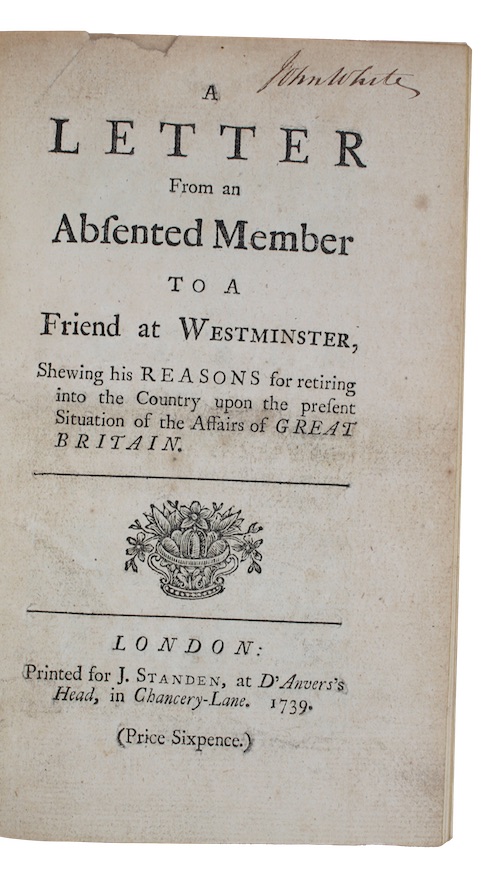 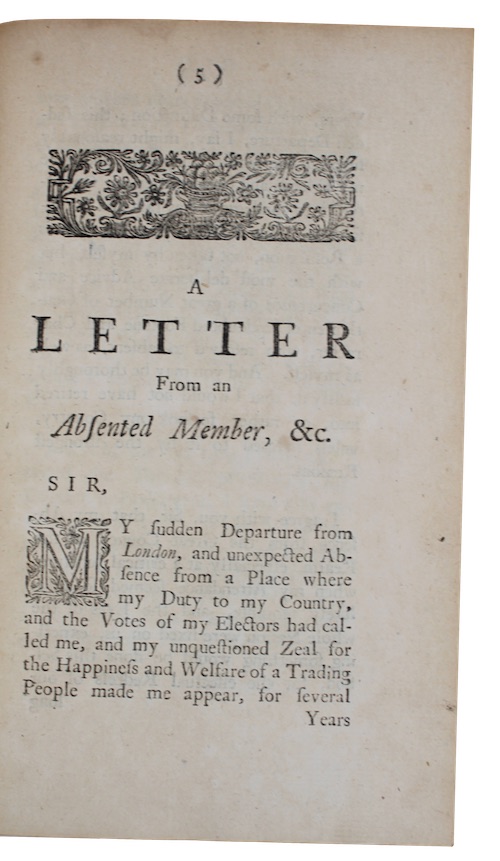 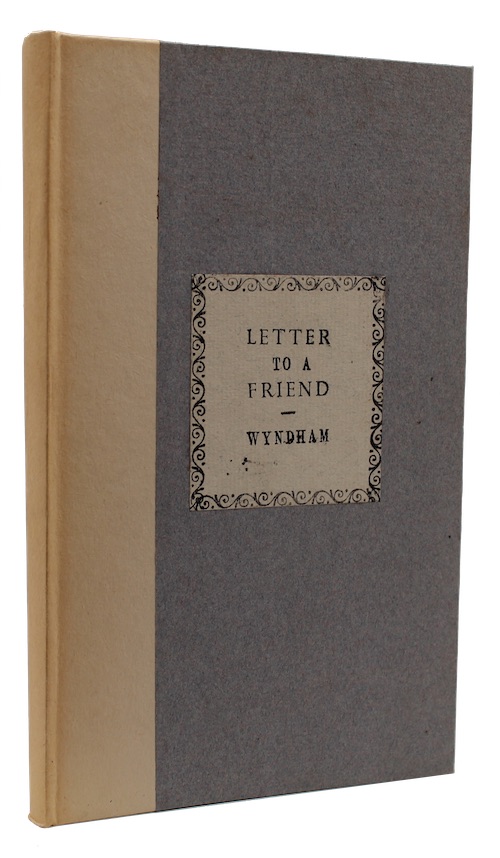 [WYNDHAM, William, Sir]. A letter From a Absented Member to a Friend at Westminster, Shewing his reasons for retiring into the Country upon the present Situation of the Affairs of Great Britain.

London. Printed for J. Standen, 1739. First edition.
Call us Email us
8vo. [2], 5-26pp. Without half-title. Recent two-tone paper boards, printed paper lettering-piece to upper board. Minor wear to extremities. Inked ownership inscription and slight loss to head of title, lightly dust-soiled/toned.
The sole edition of a pamphlet by politician Sir William Wyndham (c. 1688-1740) contesting the 1739 Convention of El Pardo, a treaty between Great Britain and Spain designed to resolve issues regarding the freedom of the seas and ensuing smuggling operations. Delegates agreed that Britain would receive damages totalling £95,000 for harm done to vessels and crews during Spanish boardings, and that Spain be compensated in return for the nonpayment of proceeds from the Asiento - the permission given by the government to trade slaves in Spanish colonies. The convention proved exceedingly unpopular with the South Sea Company and British and Spanish merchant captains alike, and by the year's end both nations would violate the treaty, thus instigating the War of Jenkins' Ear.
ESTC T10662.
£ 50.00 Antiquates Ref: 21654
This site uses cookies.Find out more.