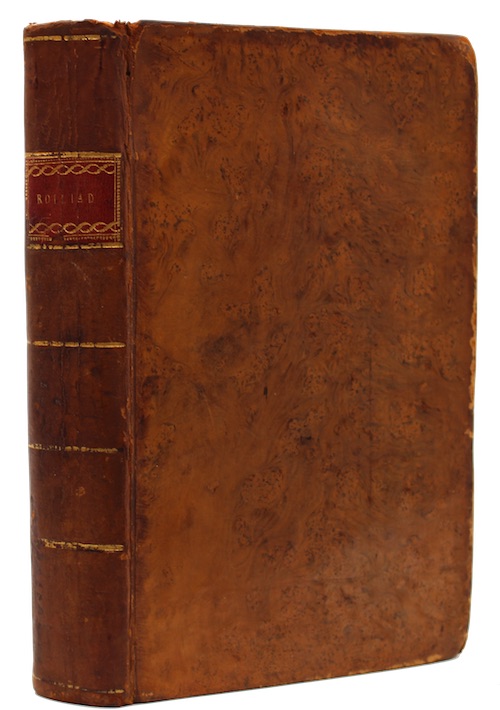 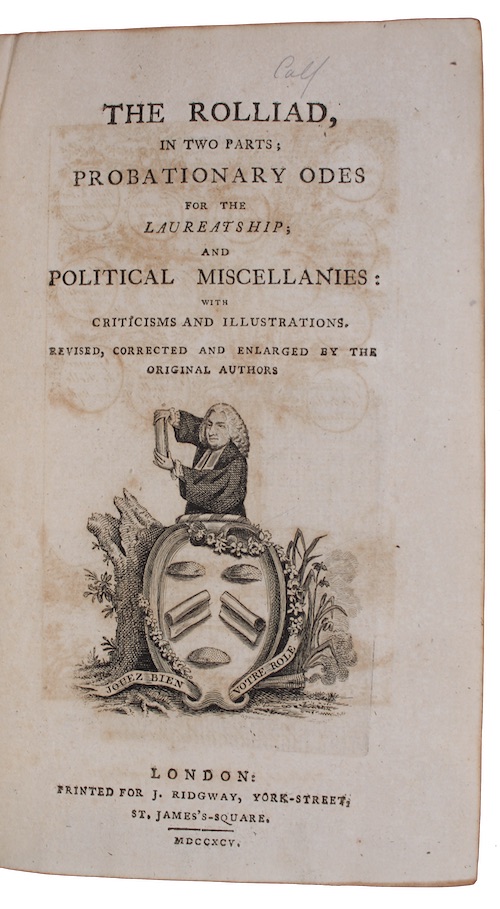 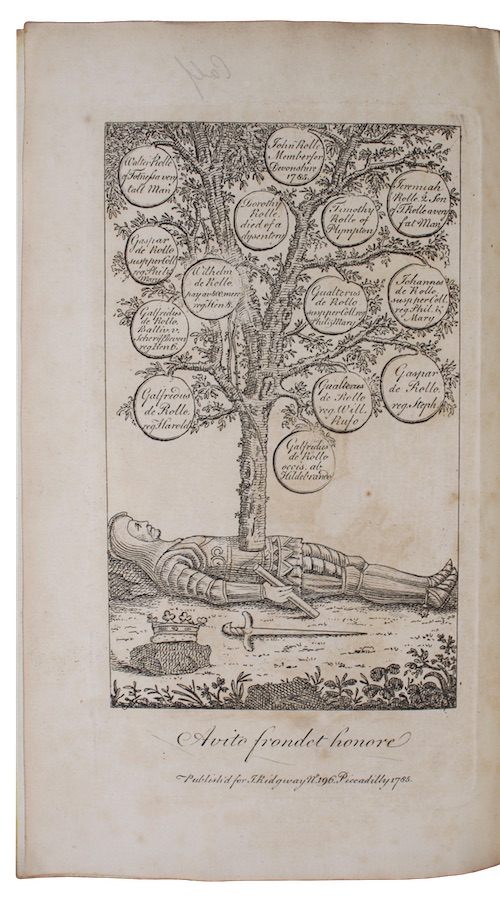 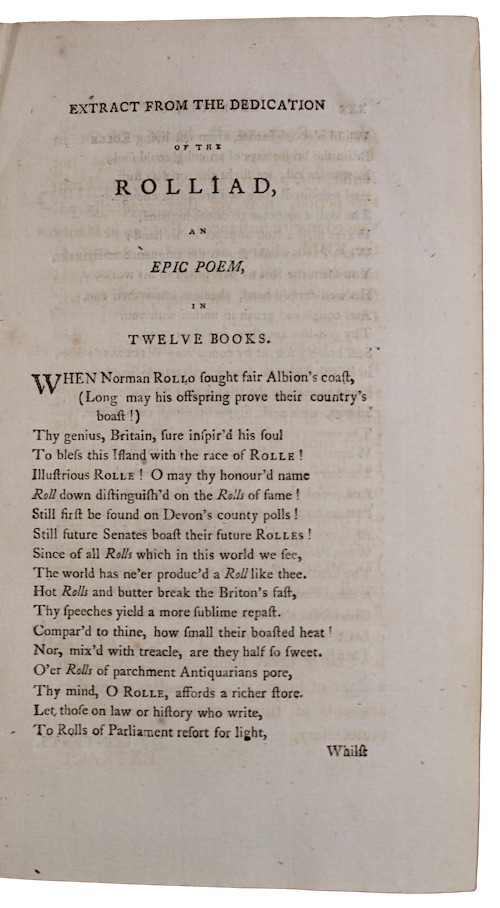 [THE ROLLIAD]. The rolliad, in two parts; probationary odes for the laureatship; and political miscellanies: with criticisms and illustrations.

London. Printed for J. Ridgway, 1795.
Call us Email us
8vo. xxxii, 396, 154pp. 'Political miscellanies' has separate pagination and register. With an engraved frontispiece and an engraved title page vignette. With an 'Advertisement to the fourth edition' implying that this is the fourth edition. Contemporary tree-calf, contrasting red morocco lettering-piece, gilt. Extremities rubbed, small worm-hole to upper joint. Offsetting to title, occasional spotting.
A collection of satires on Pitt and his followers by Richard Tickell, Richard Fitzpatrick, Joseph Richardson, George Ellis and others that originally appeared in the Morning Herald and Daily Advertiser for 1784 and after. Each number of the 'Criticisms on the Rolliad' professed to be a commentary of a new epic that had just appeared. The Rolliad took its name from John Rolle, M.P. 'Probationary odes' purported to be the competitive essays of Warton's rivals for the Laureatship.
ESTC T133708.
£ 100.00 Antiquates Ref: 21658
This site uses cookies.Find out more.