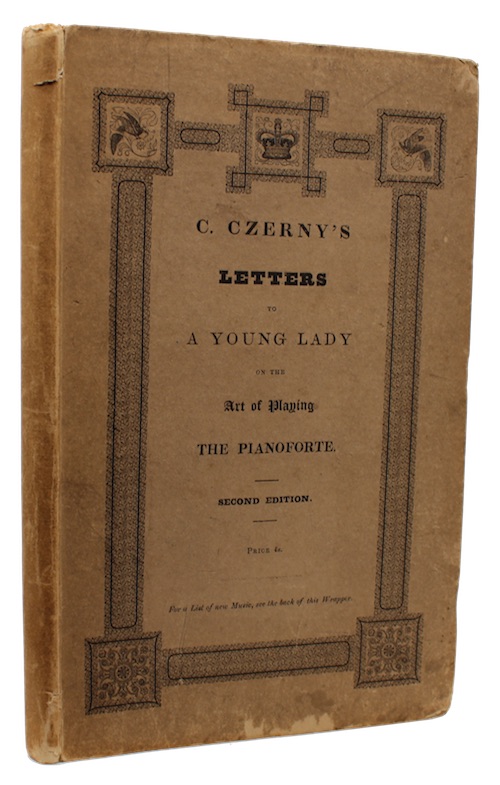 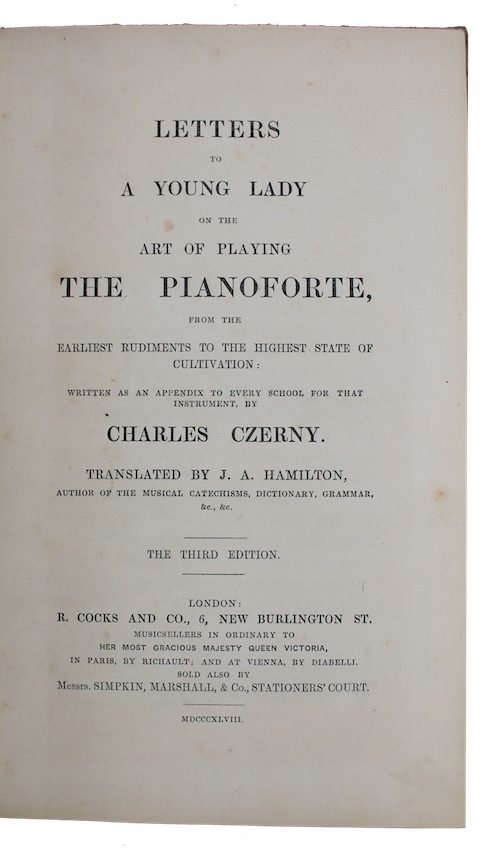 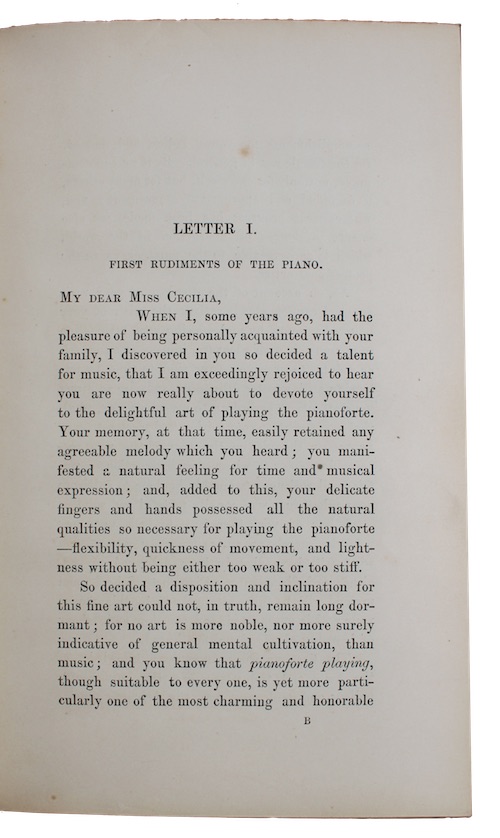 CZERNY, Charles. HAMILTON, J.A.. Letters to a young lady on the art of playing the pianoforte, from the earliest rudiments to the highest state of cultivation: written as an appendix to every school for that instrument.

London. R. Cocks and Co..., 1848. Third edition.
Call us Email us
8vo. v, [3], 79pp, [1]. Original publisher's printed boards. Light rubbing to extremities and surfaces, bumping to corners, small tears/splits at head and foot of spine. Internally immaculate.
An unsophisticated copy of the third edition in English, translated by music theorist James Alexander Hamilton (1785-1845), of Austrian composer and student of Beethoven Carl Czerny's (1791-1857) popular epistolary teaching guide ('because the form of Letters approximates the nearest to verbal instruction') on the playing of the pianoforte. Czerny explains in his preface that 'by means of short, friendly and cheerful letters, I have undertaken to draw the attention of a talented and well-educated girl of about twelve years old, residing at a distance in the country, progressively to everything which might assist her in the better comprehension and application of the rules which are contained in almost every pianoforte school'. Priced at a mere 4s, this guide provided a far more economical introduction to the instrument than the same author's School for the Pianoforte, in four volumes, each priced at £1 11s 6d.
£ 300.00 Antiquates Ref: 21690
This site uses cookies.Find out more.