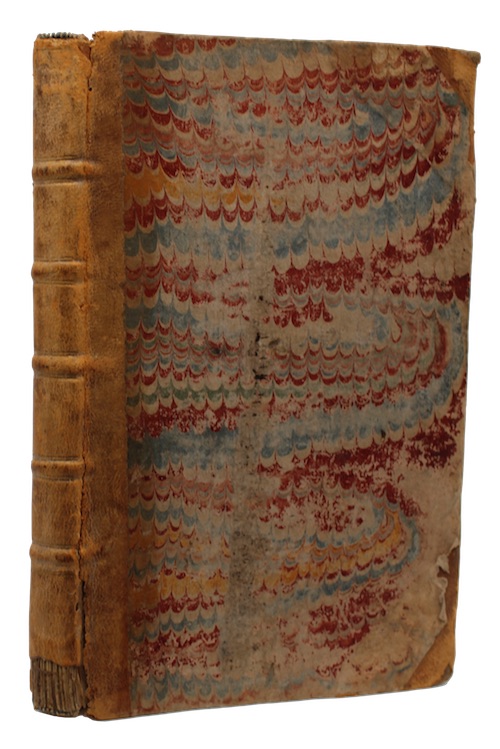 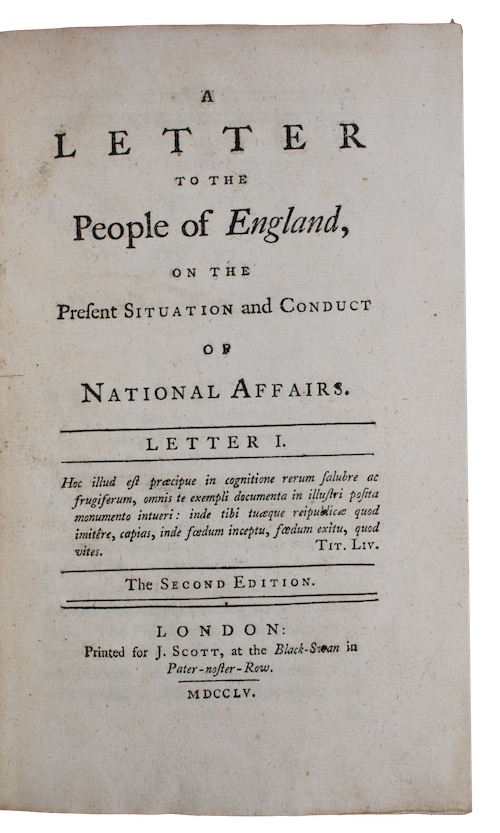 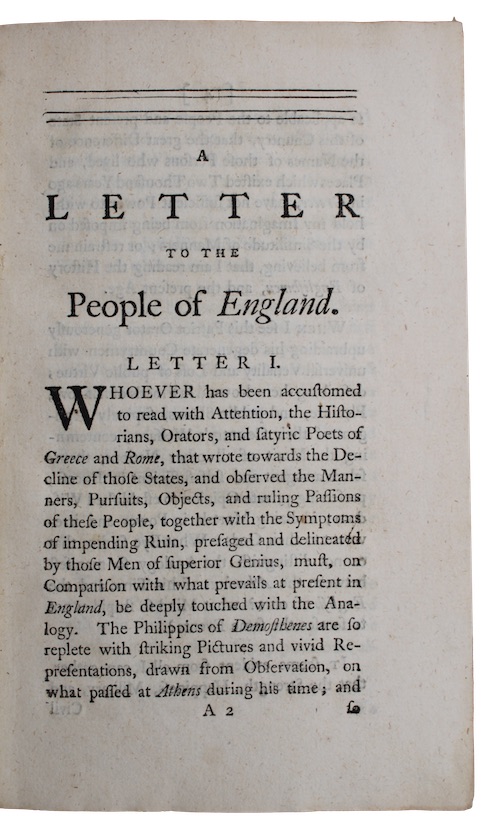 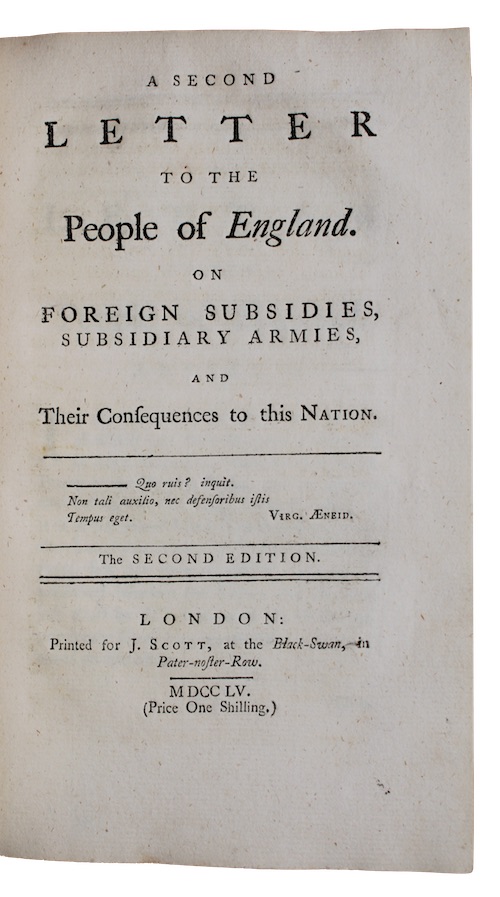 [SHEBBEARE, John]. A letter to the People of England, on the Present Situation and Conduct of National Affairs.

[Bound with:] [SHEBBEARE, John]. A second letter to the People of England. On foreign subsidies, subsidiary armies, and Their Consequences to this Nation. London. Printed for J. Scott, 1755. Second edition. 56pp. ESTC T120295.

8vo. Contemporary half-calf, marbled boards, gilt. Extremities marked and worn, loss to head and foot of spine, splitting to joints. Hinges exposed, small holes to margins of two leaves.
The development of war between Britain and France in 1755 inspired political writer John Shebbeare (1709-1788) to compose a series of pamphlets criticising then prime minister, the Duke of Newcastle, and his governments management of the ensuing conflict. Shebbeare condemned the ministry for sacrificing British maritime and colonial interests in North America by consistently indulging the Hanoverian leanings of George II. This theme continued through later Letters, with Shebbeare accusing the whigs, in an increasingly scathing tone, of facilitating and supporting the continental wars of William III and George II in order to obtain increased political power, whilst further blaming the Newcastle administration for it's poor European diplomacy and handling of the American war.
£ 175.00 Antiquates Ref: 21710
This site uses cookies.Find out more.