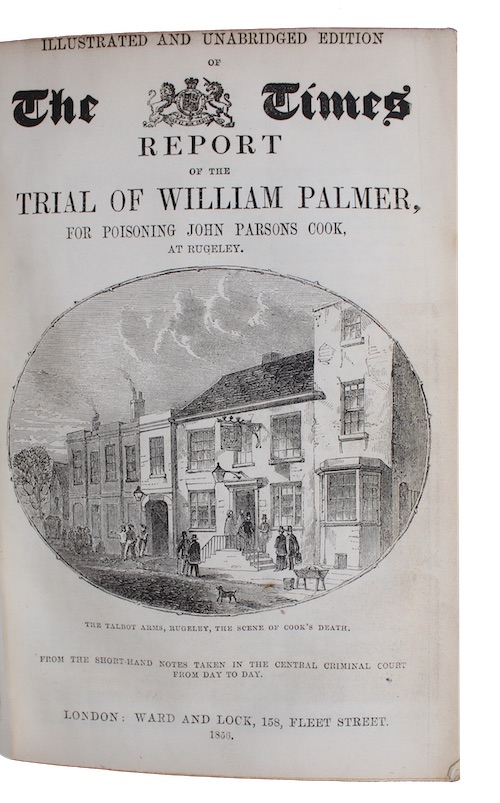 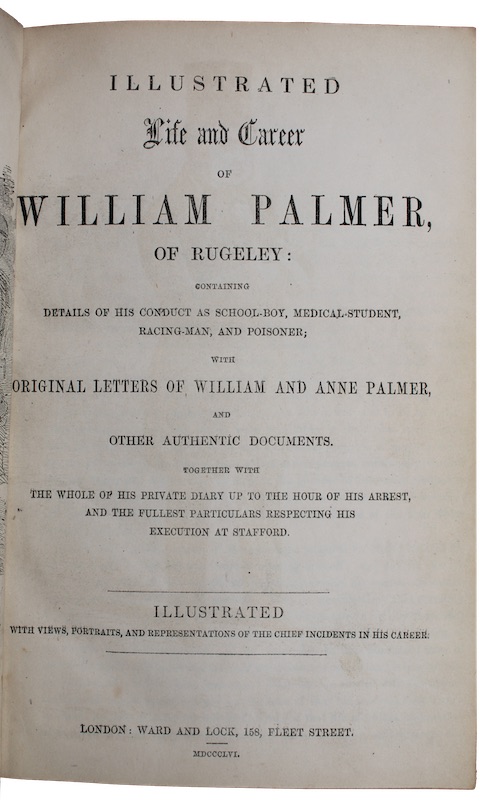 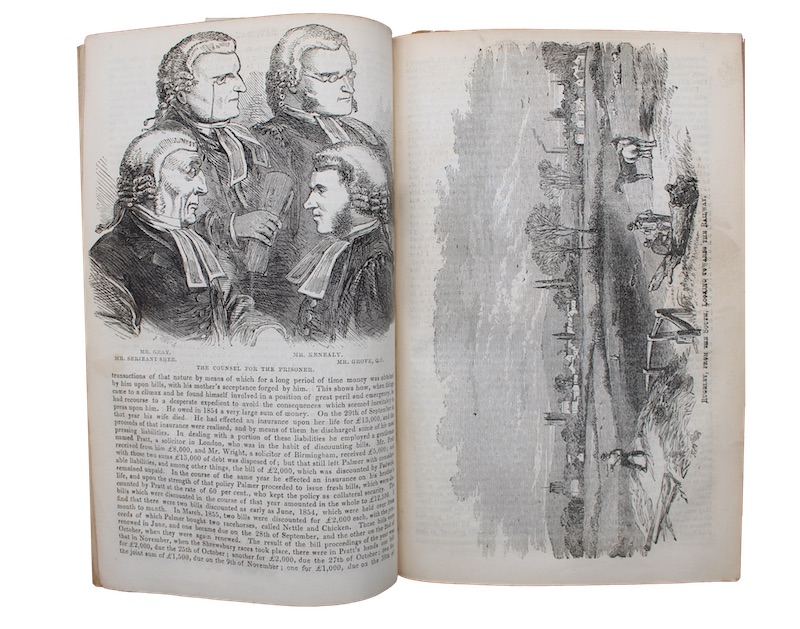 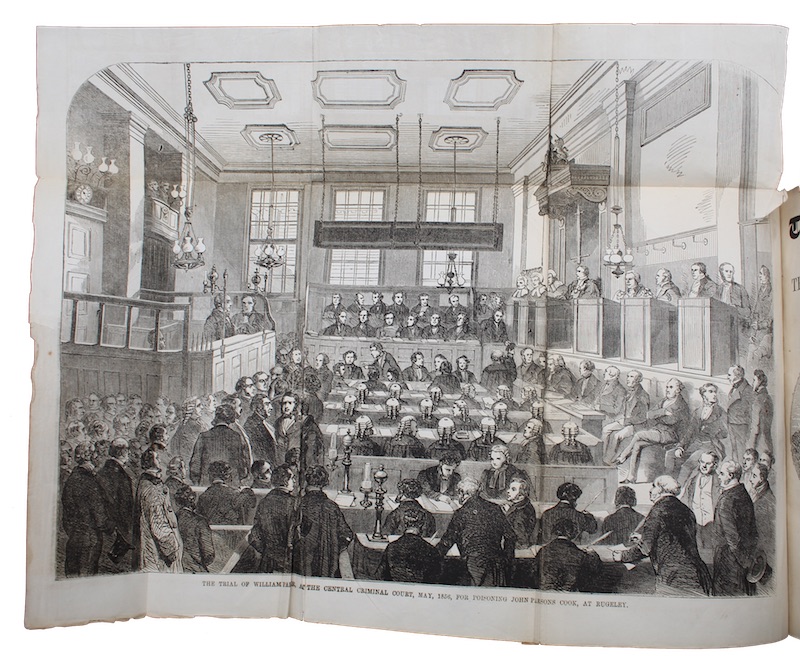 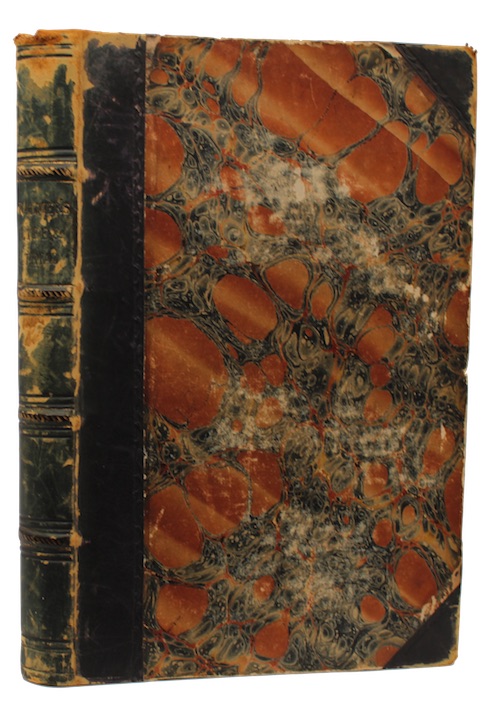 [POISONING]. Illustrated and unabridged edition of The Times report of the trial of William Palmer, for poisoning John Parsons Cook, at Rugeley. From the short-hand notes taken in the central criminal court from day to day..

London. Ward and Lock, 1856. First edition.
Call us Email us
184pp. Engraved folding frontispiece depicting the trial in progress within court, an engraved title vignette, numerous engraved illustrations both full- and double-page and within text throughout.

[Bound after:] Illustrated Life and Career of William Palmer, of Rugeley... London. Ward and Lock, 1856. First edition. 136pp. With an engraved portrait frontispiece, numerous engraved illustrations in the text, and two facsimile leaves of Palmer's diary.

8vo. Contemporary black half-calf, marbled boards, gilt. Extremities heavily rubbed. Later inked ownership inscription to FEP, short tear to head of folding frontispiece, occasional spotting.
The unexpurgated transcript of the trial of the infamous 'Prince of Poisoners' William Palmer (1824-1856), together with an account of his life and career. A doctor by trade, Palmer would be convicted of the murder by Strychnine of John Cook with suspicions as to numerous other victims being raised during proceedings.

The case gained a deal of notoriety amongst Victorian society, becoming a nineteenth-century cause celebre, and permeating into popular culture. Arthur Conan Doyle would make reference to Palmer in the Sherlock Holmes tale "The Adventure of the Speckled Band". Charles Dickens reputedly based the Bleak House character of Inspector Bucket on an investigating officer involved - indeed Dickens would dub Palmer 'the greatest villain that ever stood in the Old Bailey'.
£ 150.00 Antiquates Ref: 21712
This site uses cookies.Find out more.