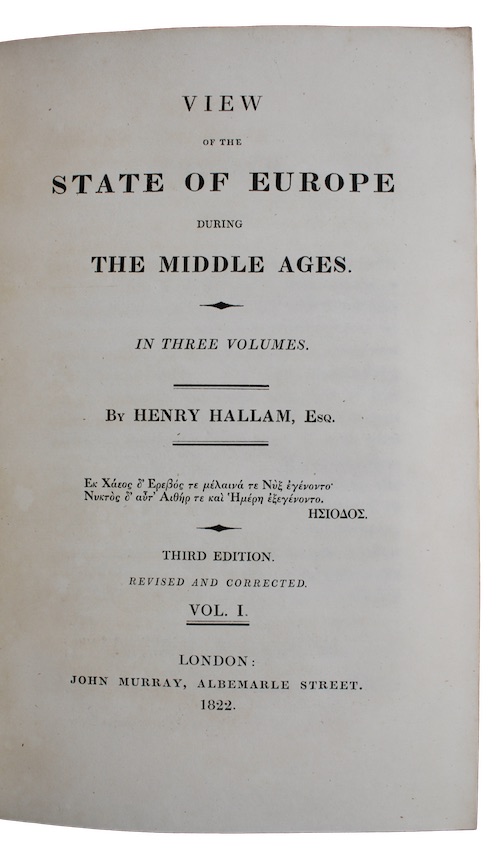 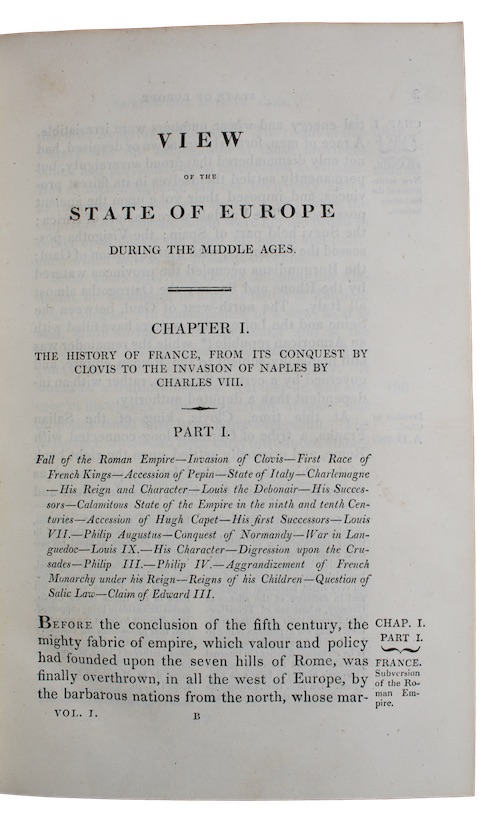 HALLAM, Henry. View of the state of europe during the middle ages.