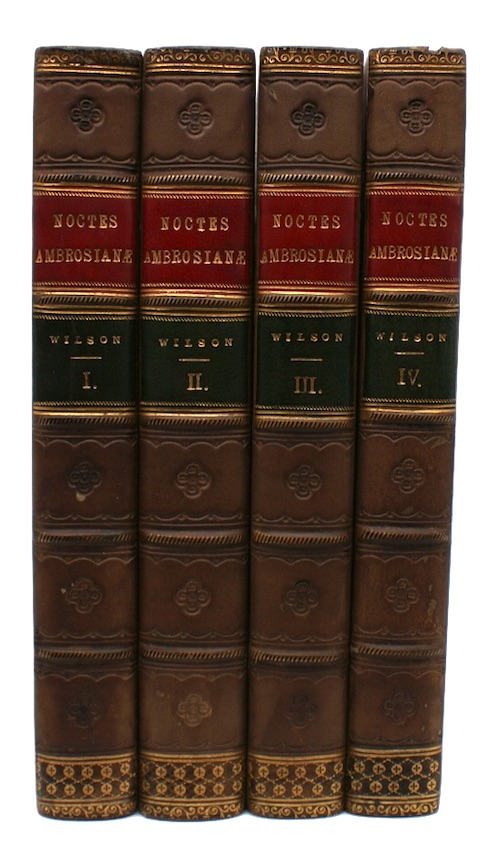 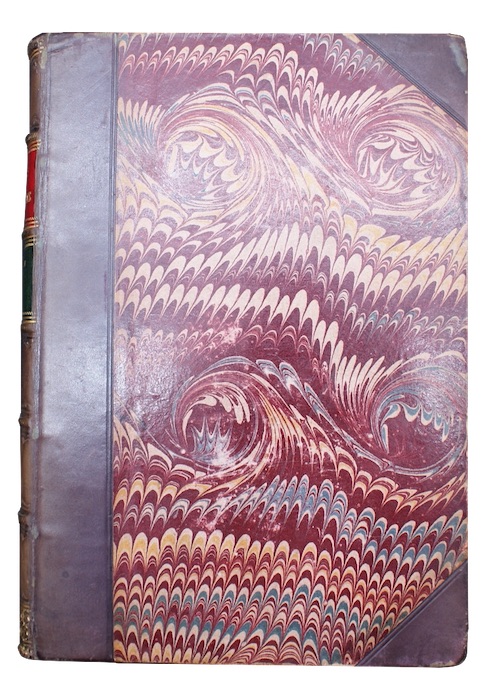 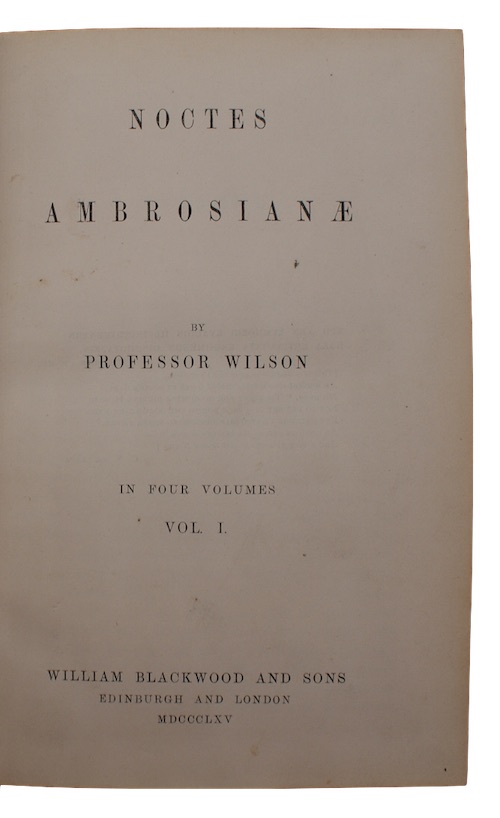 Edinburgh and London. William Blackwood and Sons, 1865.
Call us Email us
8vo. In four volumes. Contemporary half-calf, marbled boards, contrasting red and green morocco lettering-pieces, gilt, speckled edges. Lightly rubbed. Contemporary bookplates to FEPs, recent bookplate of Robert J. Hayhurst to recto of FFEP of Vol. I, very occasional light spotting.
A handsome set of the 'Noctes Ambrosianae', a monthly fictional series in which Blackwood's literary coterie was depicted consorting at Ambrose's Tavern. Begun by William Maginn in 1822, with contributions from various sources, the series featured author and journalist John Wilson (1785-1854) as Christopher North (the pseudonym he had adopted early on in his career at Blackwood's), and other literary luminaries such as Thomas De Quincey as the Opium Eater, and James Hogg as the Ettrick Shepherd. Wilson took over as sole writer of the series in 1825, providing himself with a unique platform to engage in analysis of general pre-Victorian culture and literature through his talent for conversational narrative.
£ 100.00 Antiquates Ref: 21781
This site uses cookies.Find out more.