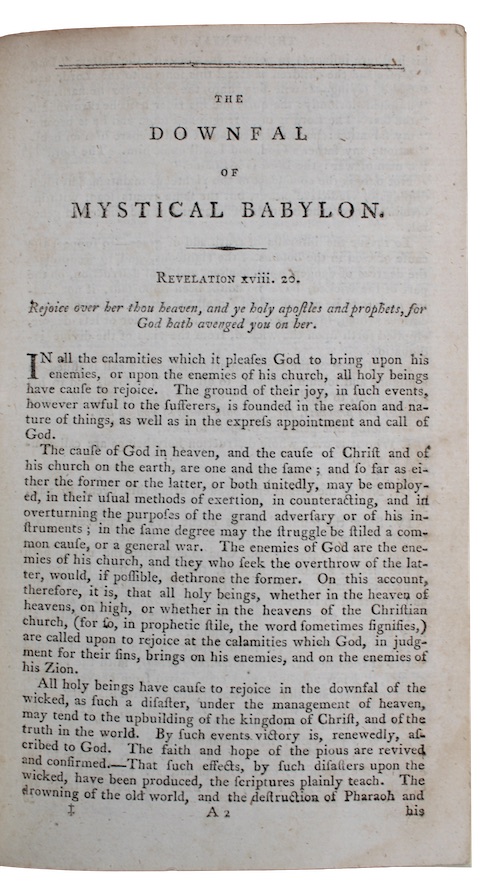 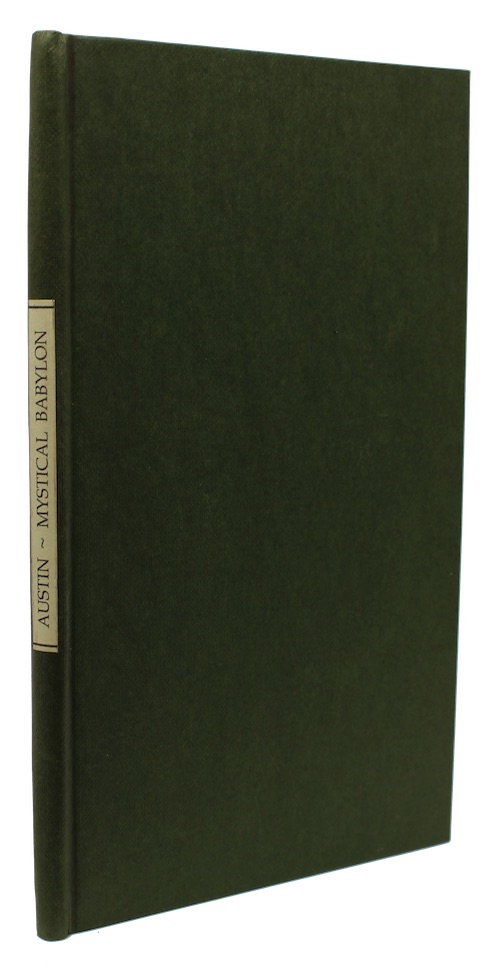 AUSTIN, David. The downfal of Mystical Babylon; or, a key to the providence of god. In the political operations of 1793-4...

Edinburgh. Printed for John Ogle, 1795. First British edition.
Call us Email us
8vo. 45pp, [1]. With a final page of publisher's advertisements. Recent green cloth, printed paper lettering-piece. Lightly browned.
American Congregational clergyman David Austin's (1759-1831) The downfal of Mystical Babylon was first printed in New Jersey in 1794 as part of a compilation of writings on the millennium. An eschatological discourse, the work associates 'anti-Christian Papal Rome' with Babylon, the city that, according to Revelation, would be destroyed prior to the second coming of Christ. Austin proceeds to attack the alleged idolatry of the Roman Catholic Church. Intriguingly the author continues to insist that biblical prophecy anticipated the establishment of American democracy, framing the revolution as an analogy to the deliverance of the Israelites from Egypt.