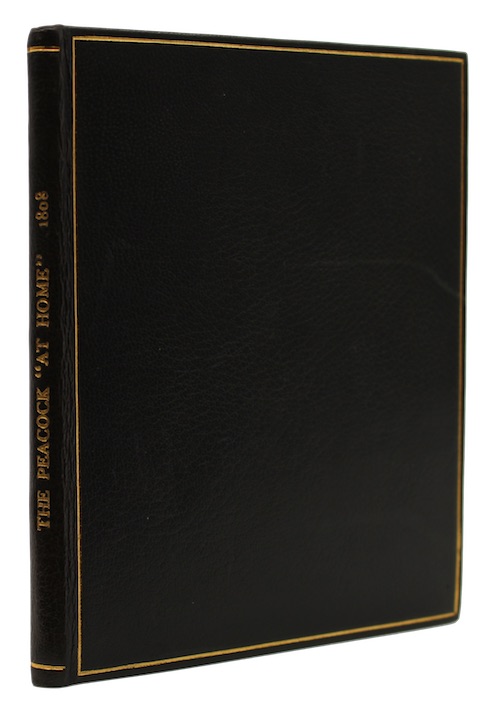 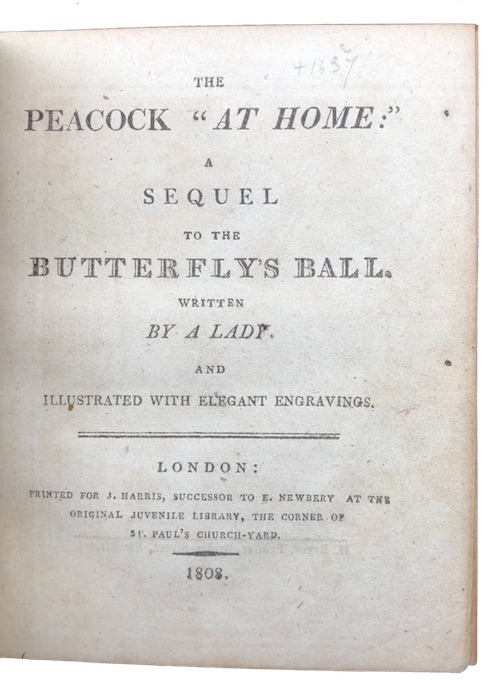 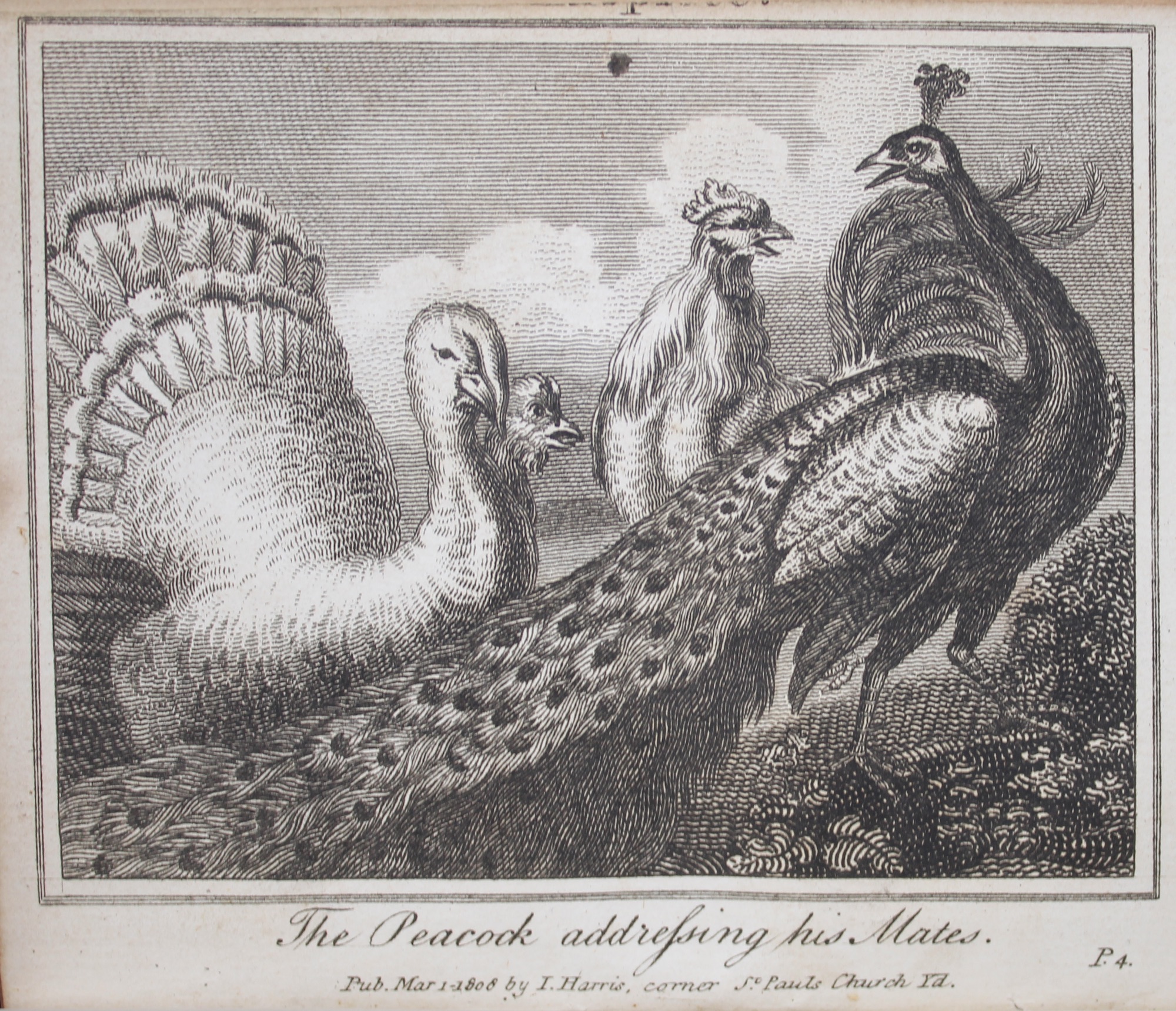 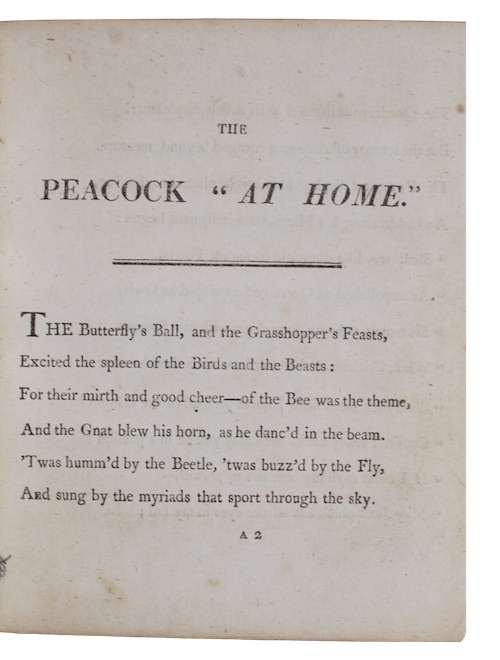 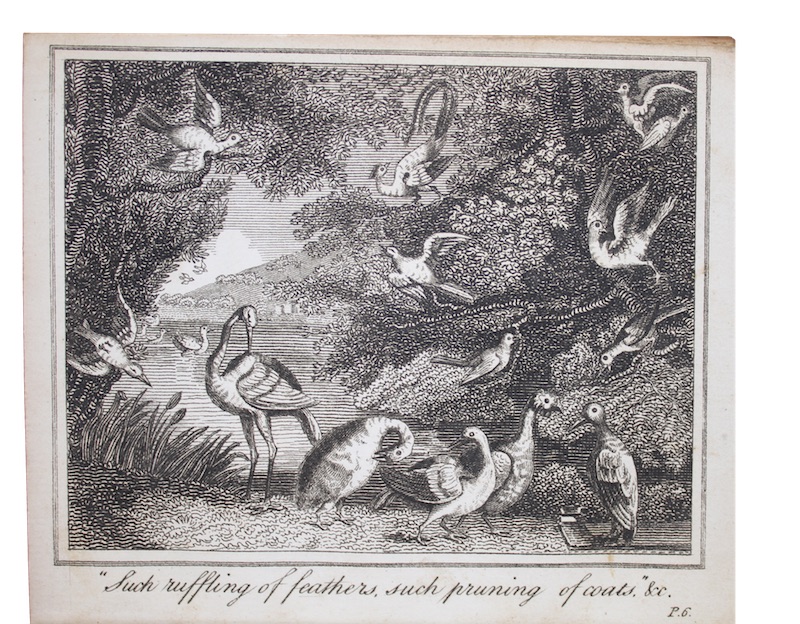 [ROSCOE, William - Imitations]. A LADY [DORSET, Catherine Ann Turner]. The peacock "at home:" a sequel to the butterfly's ball.

The Peacock became one of the most successful imitations of William Roscoe's Butterfly's Ball, first printed in 1807, it was frequently reissued until the 1840s. The Gentleman's Magazine (8th Sept, 1807) said of it: 'After the exquisite little poem of Mr. Roscoe...and attempt at a Sequel was indeed an arduous task. But the "Peacock at Home" has afforded us so much pleasure, that we cannot hesitate to class it with the original it professedly imitates'.
Moon 215(3).
£ 150.00 Antiquates Ref: 21835
This site uses cookies.Find out more.