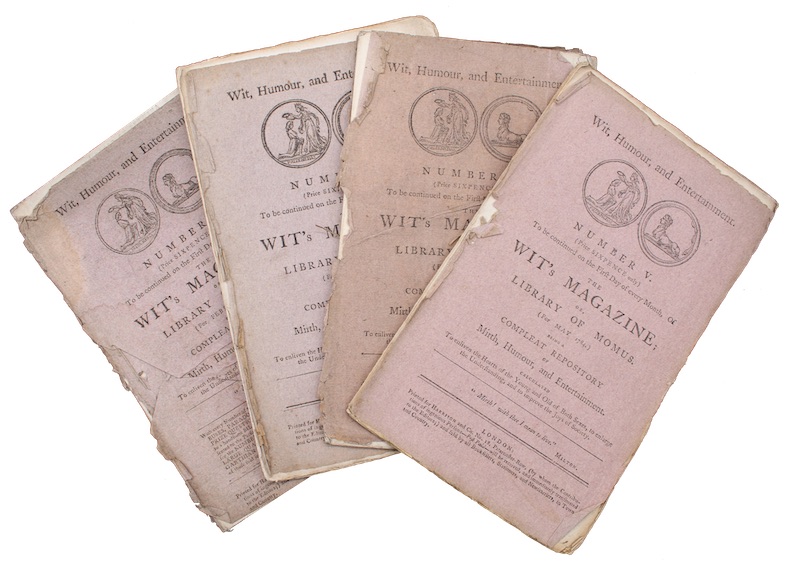 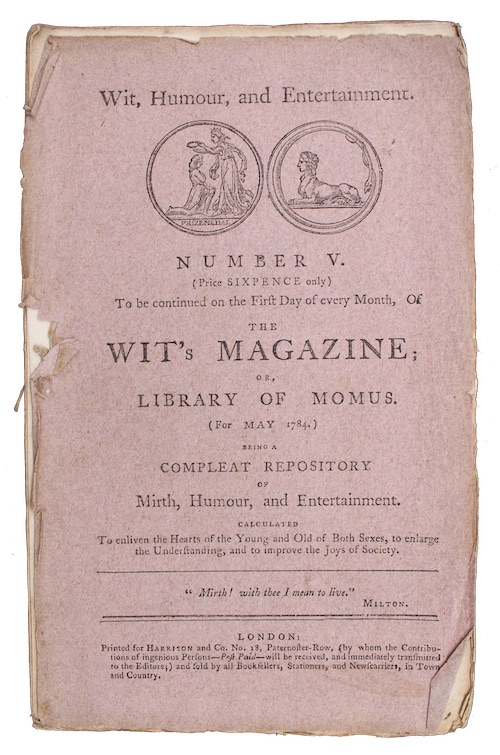 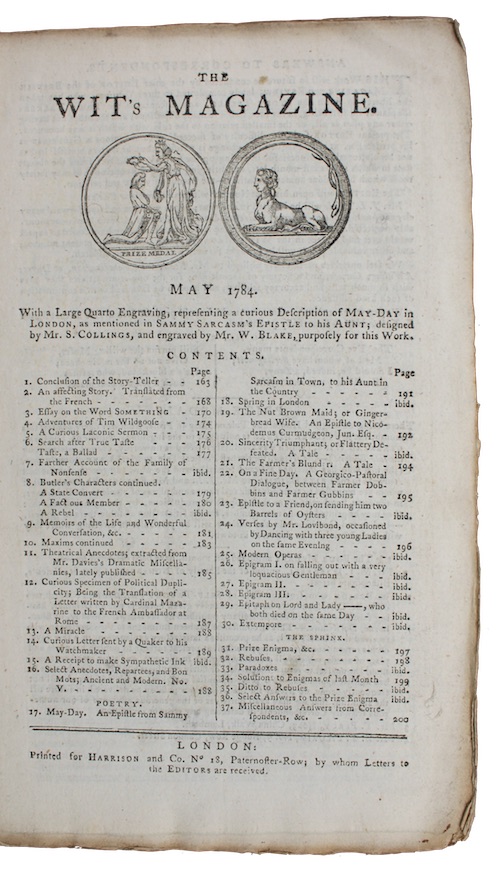 [WIT'S MAGAZINE]. Wit, Humour, and Entertainment. Number II. [III., IV., and V.] (Price sixpence only) To be continued on the First Day of every Month, Of the wit's magazine; or, library of momus...

London. Printed for Harrison and Co., 1784.
Call us Email us
8vo. Four parts only. Without engraved plates (published with one to each issue). Original publisher's mauve printed wrappers. Lightly dust-soiled, wrappers creased and worn, loss to spines, some chipping to edges, without lower wrapper of No. III., upper wrapper of No. IV detached. Internally clean and crisp.
Four parts, in the original wrappers (but sadly without the plates, several of which were engraved after works by Blake), of a short-lived monthly periodical dedicated to 'mirth, humour, and entertainment...calculated to enliven the hearts of the young and old of both sexes’. First published in January 1784, each number of the magazine contained 'eight pages of poetry, enigmas, rebuses, paradoxes, &c.' as well as a prize question 'the best answer to which will entitle the person who sends it a handsome silver medal'. A total of seventeen issues were printed, the final appearing in May of 1785.
£ 200.00 Antiquates Ref: 21847
This site uses cookies.Find out more.