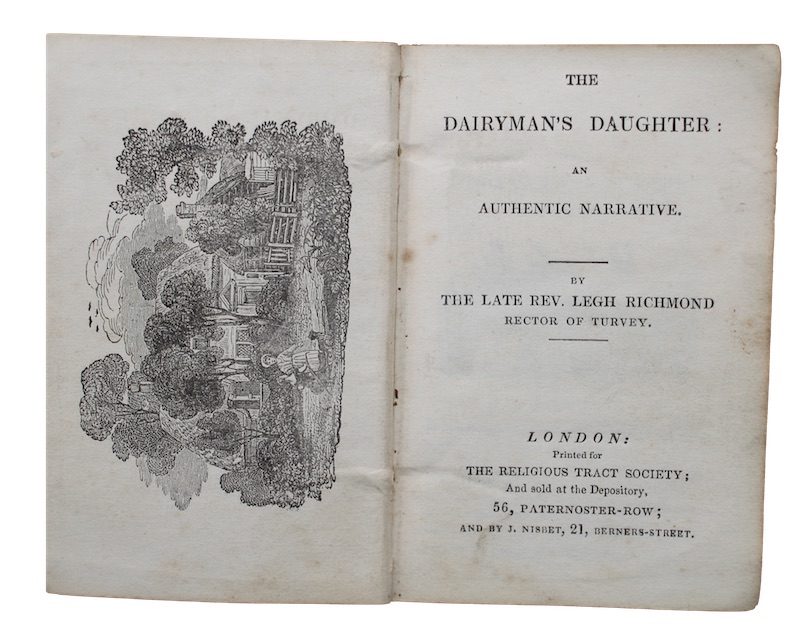 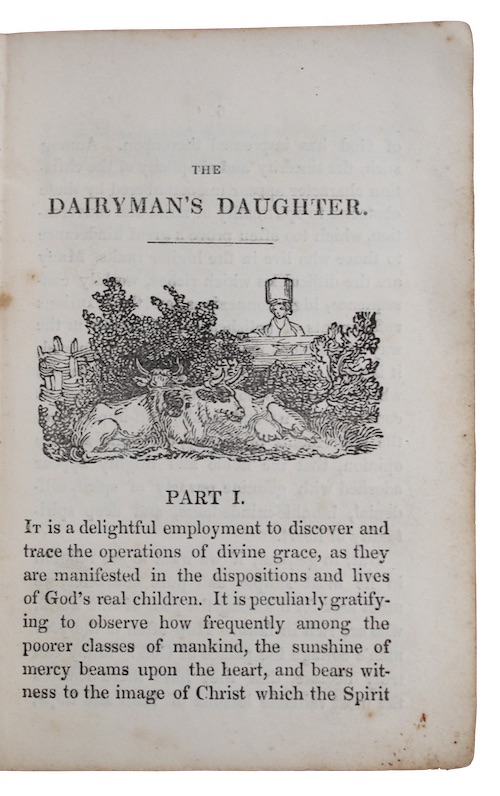 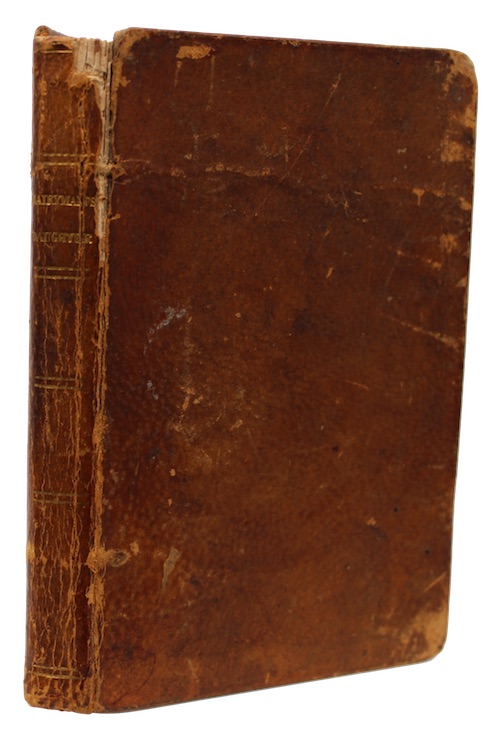 London. Printed for the Religious Tract Society, [s.d., c.1831]
Call us Email us
16mo. 158pp. With a woodcut frontispiece, a further seven full-page woodcut illustrations in the text, and three woodcut vignettes. Contemporary (original?) sheep, ruled and lettered in gilt. Extremities worn, joints splitting, loss to head of spine. Contemporary inked ownership inscription to recto of FFEP, very occasional light spotting.
A reprint, for the Religious Tract Society, of Church of England clergyman Legh Richmond's (1772-1827) immensely popular evangelical narrative, based upon the conversion of Elizabeth Wallbridge of the Isle of Wight. First issued in 1814, The Dairyman's Daughter met with immediate success; in response Richmond greatly enlarged the work, with two editions of 20,000 copies each being printed in 1816. The book was translated into numerous languages and obtained a wide circulation in America. It was calculated that in the lifetime of the author the number of copies printed in the English language alone amounted to 2 million.
£ 75.00 Antiquates Ref: 21884
This site uses cookies.Find out more.