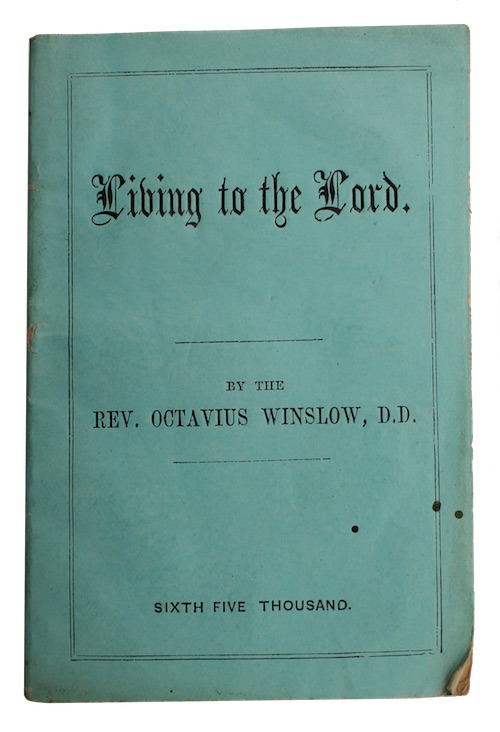 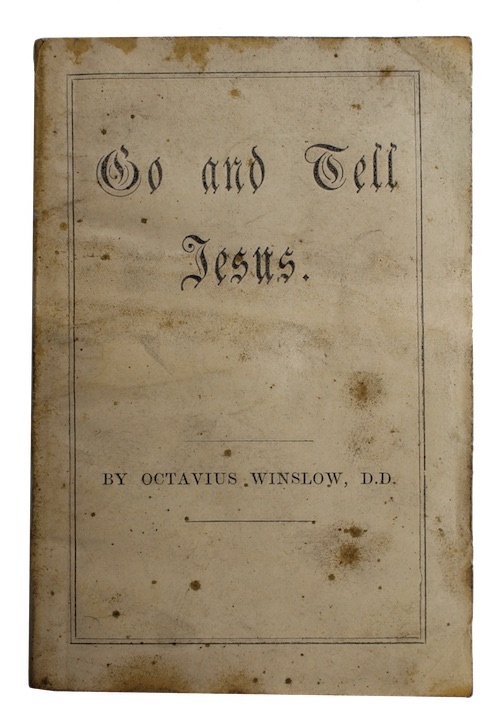 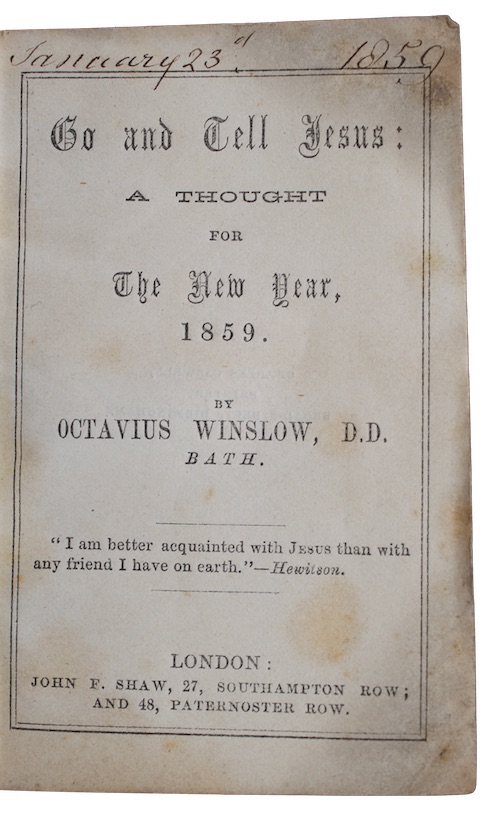 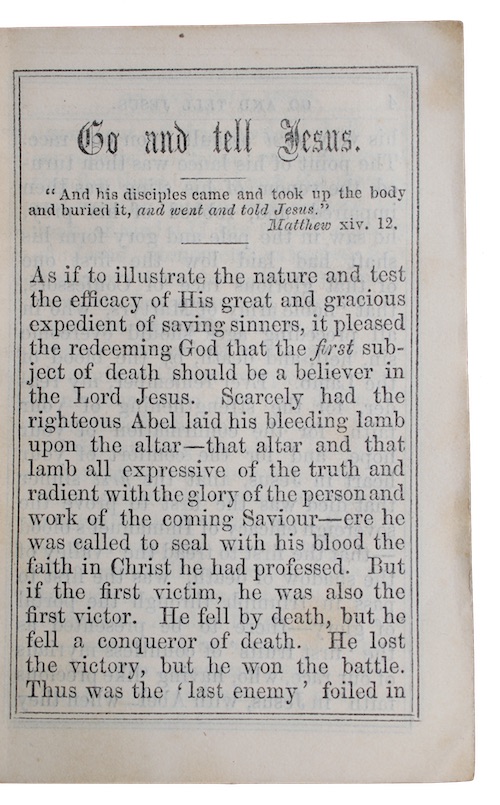 WINSLOW, Octavius. Go and Tell Jesus: a thought for The New Year, 1859.

Rare; COPAC and OCLC locate a single copy of this Birmingham printed London edition (BL), amidst a plethora of American editions, a Madras imprint and a Norwegian translation.

COPAC locates two copies of this edition (BL and Oxford); OCLC adds no further (of this or any other edition).
Two new year devotional chapbooks by prominent evangelical preacher Octavius Winslow (1808-78), the first likely the first edition. A direct descendent of Mayflower Pilgrims, the Winslow family relocated from London to New York when Octavius was only 7. After a period of study at Columbia College, he was an active participant in several Baptist churches in the city, founding what was to become the Central Baptist Church which met at Broadway Hall. After departing the United States in 1839, Winslow pastored a Baptist Church in Leamington, before founding the (Calvinist Baptist) Kensington Chapel, Bath, in 1858.