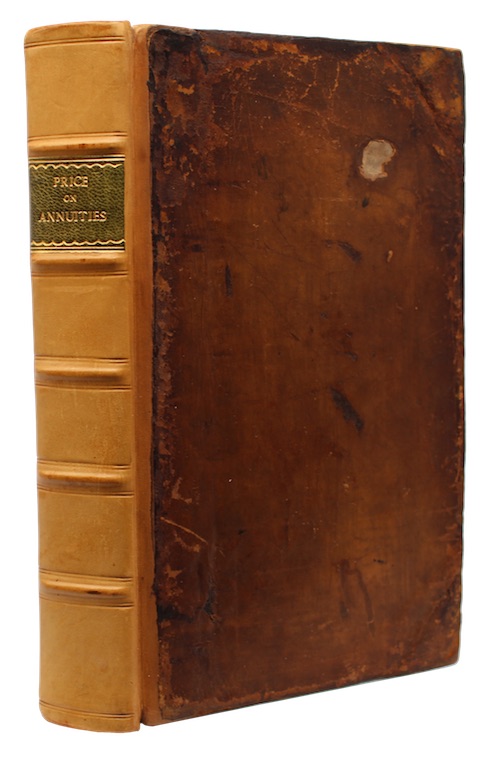 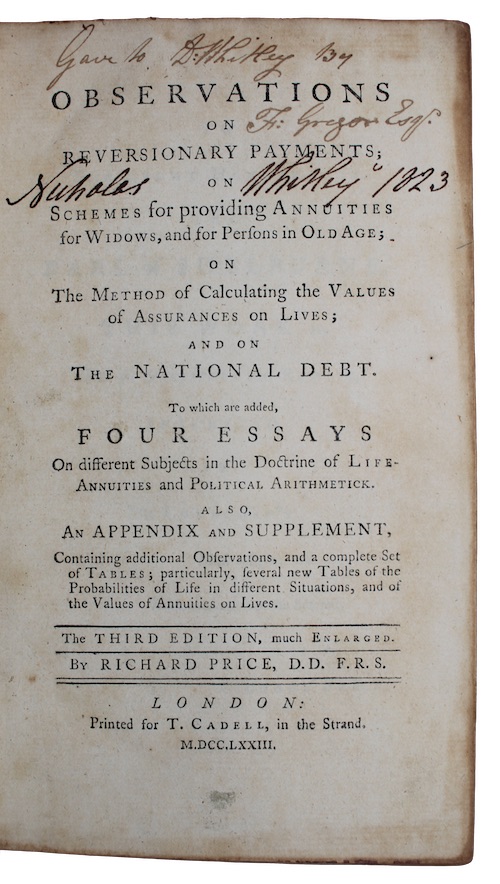 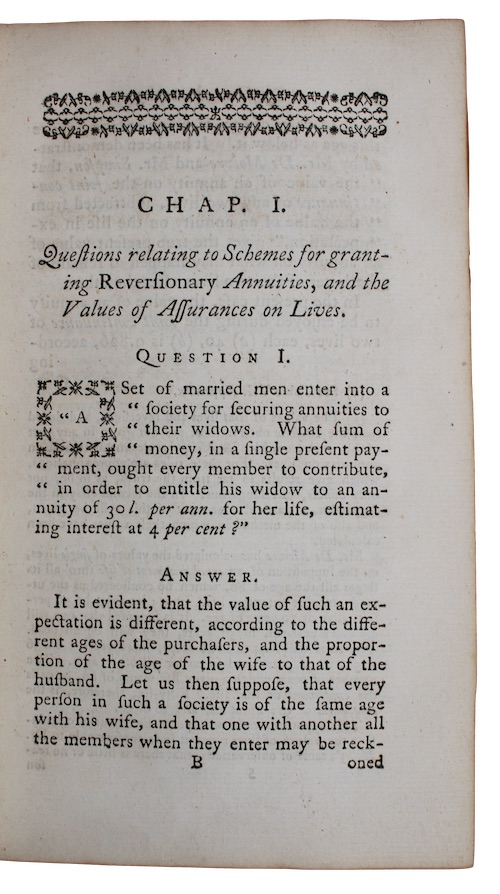 [PRICE, Richard]. Observations on reversionary payments; on Schemes for providing Annuities for Widows, and Persons in Old Age; on The Method of Calculating the Values of Assurances on Lives; and on The national debt...

London. Printed for T. Cadell, 1773. Third edition.
Call us Email us
8vo. xxxix, [1], 431pp, [1]. Contemporary calf, recently rebacked, contrasting green morocco lettering-piece. Boards heavily worn. Later inked ownership inscription to head of title page, occasional spotting.
A greatly enlarged edition of demographer and political radical Richard Price's (1723-1791) authoritative observations on the granting of annuities and the calculation of life insurance. First published in 1771, the work is the result of Price's tenure assisting the Society for Equitable Assurances on actuarial matters. The society, founded in 1762, sold annuities which were attractive to those who wished to provide for their declining years and for their dependants. Price's book was significant in revealing that many of the schemes which assurance societies operated were ill-conceived and potentially harmful to claimants. A fourth edition of the work, expanded to two volumes, was published in 1783; Price was working on the fifth edition prior to his death.
ESTC T12984.
£ 150.00 Antiquates Ref: 21943
This site uses cookies.Find out more.