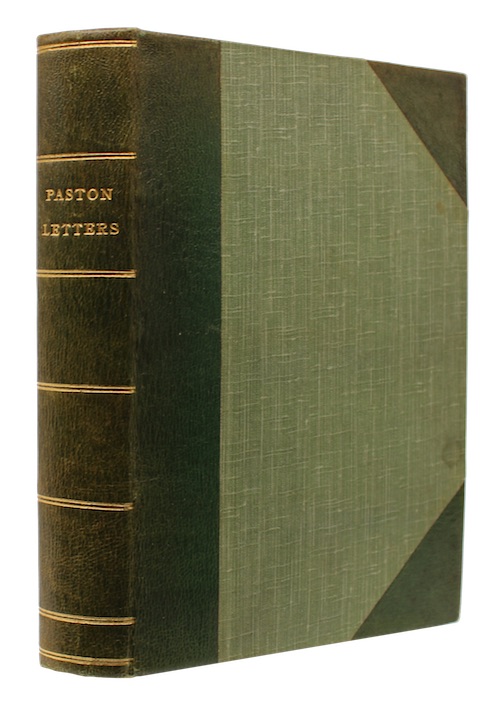 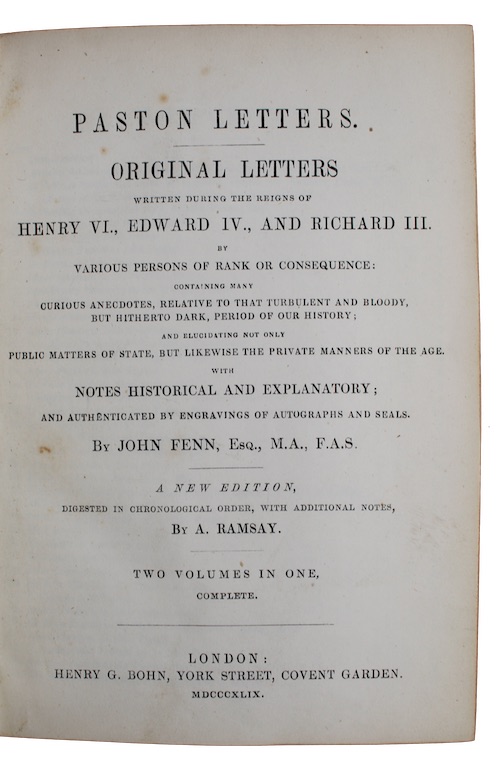 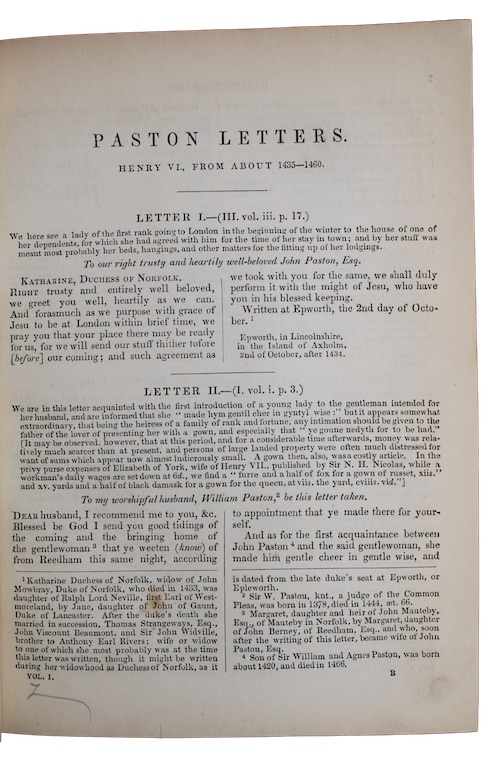 London. Henry G. Bohn, 1849. New edition.
Call us Email us
8vo. Two volumes in one. xxiv, 200; vii, [1], 168pp. Handsomely bound in later green half-morocco, light green cloth boards, ruled and lettered in gilt. A trifle rubbed and marked. Marbled endpapers, occasional light spotting.
A handsomely bound copy of an expanded edition of Norfolk antiquarian John Fenn's compilation of the correspondence of John Paston (1421-1466) and family; printed from original manuscripts in his possession acquired from the estate of William Paston, second Earl of Yarmouth, who died in 1732 and with whom the main Paston line became extinct. The letters form an unrivalled source for the study of gentry life, and for the state of local and national politics, in a period where informal evidence of this kind is extremely rare.
£ 50.00 Antiquates Ref: 21945
This site uses cookies.Find out more.