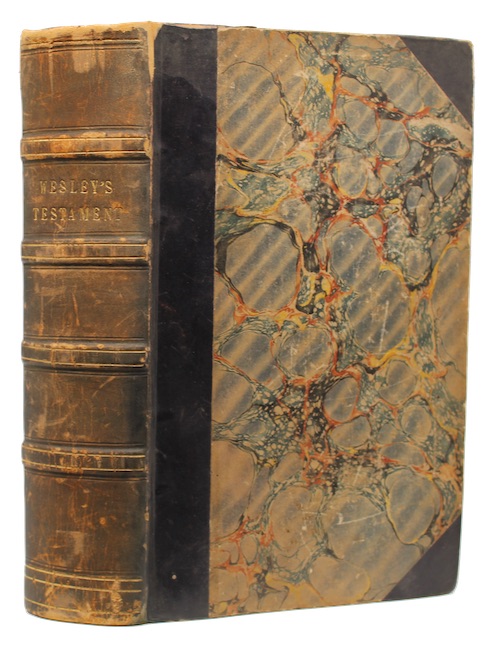 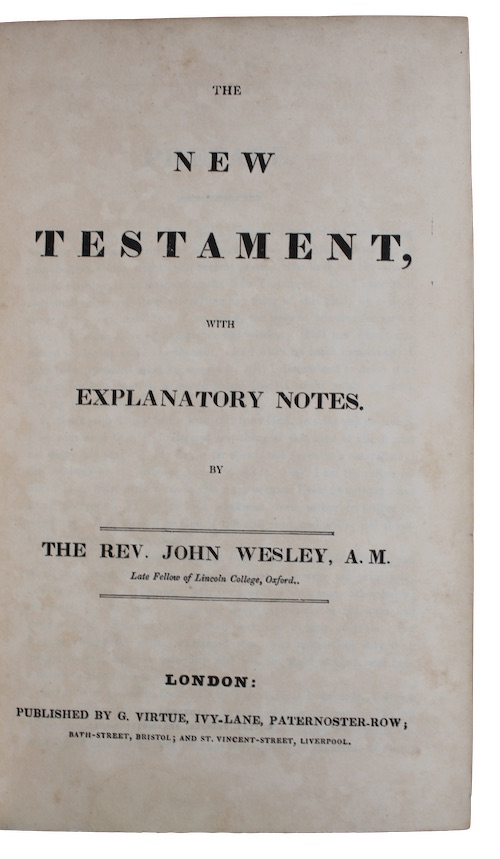 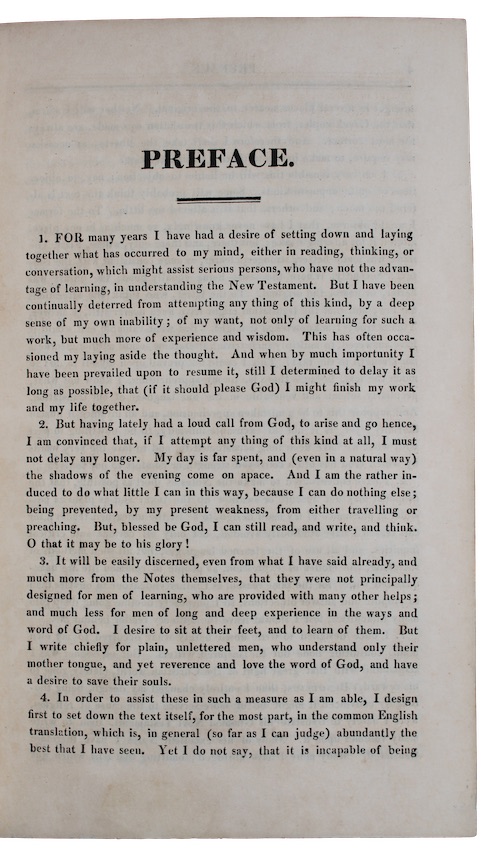 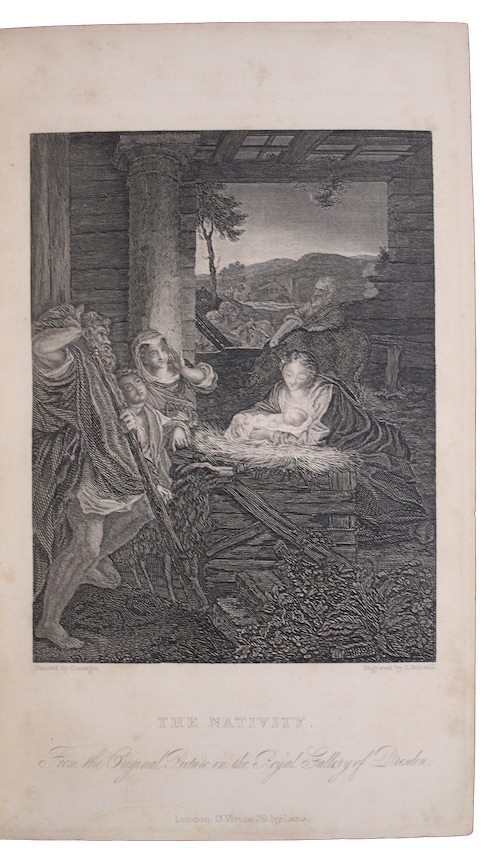 London. Published by G. Virtue, [1838].
Call us Email us
8vo. 800pp. With an engraved portrait frontispiece, and additional engraved title page, and a further six engraved plates. Contemporary black half-calf, marbled boards, ruled and lettered in gilt. Heavily rubbed, spine sunned. Marbled endpapers, plates toned and foxed.
An early Victorian edition of Anglican clergyman and founder of Methodism John Wesley's (1703-1791) textual criticism of the New Testament, first published in 1755. Wesley's writing and preachings provided the seeds for both the modern Methodist movement and the Holiness movement, which encompass numerous denominations across the world. Under Wesley's direction, Methodists became leaders in many social issues of the day, including the prison reform and abolitionism movements. Wesley's contribution as a theologian was to propose a system of opposing theological stances. His greatest theological achievement was his promotion of what he termed 'Christian Perfection', or holiness of heart and life. Wesley was among the first to preach for slaves rights, attracting significant opposition and threats to his life.
£ 125.00 Antiquates Ref: 21980
This site uses cookies.Find out more.