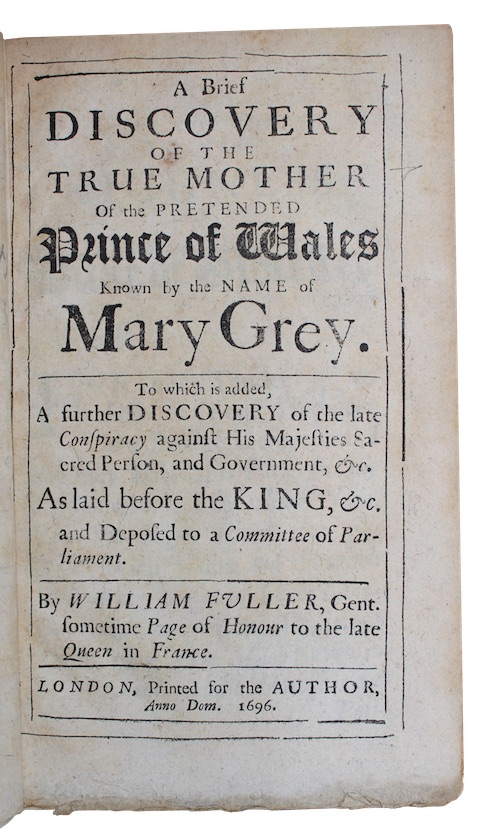 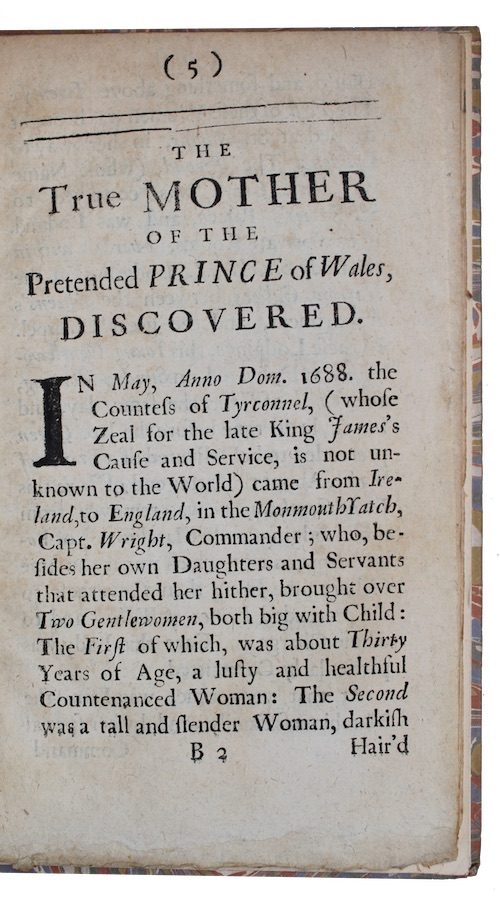 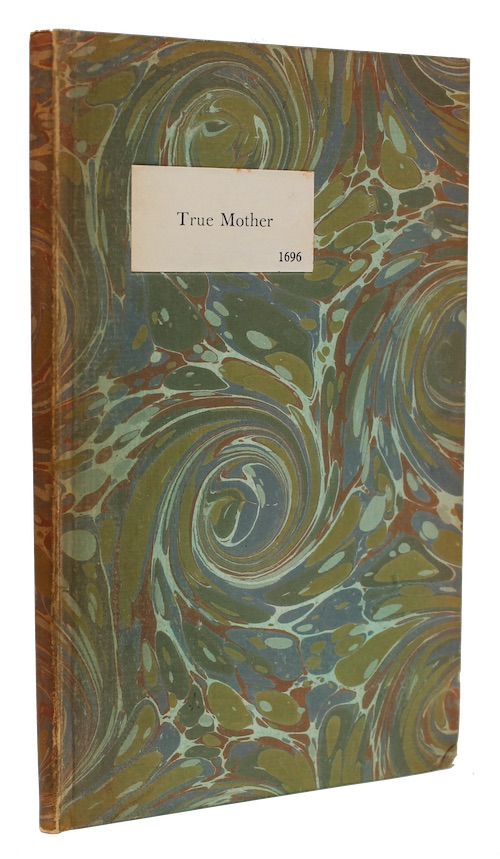 FULLER, William. A Brief discovery of the true mother Of the pretended Prince of Wales Known by the name of Mary Grey...

London. Printed for the Author, 1696. First edition.
Call us Email us
8vo. [4], 48pp. With a half-title. Recent marbled paper boards, printed paper lettering-piece to upper board. Lightly rubbed and sunned. Browned.
The first edition of government agent and controversialist William Fuller's (1670- 1733) short work providing an account of the supposed 'warming-pan' conspiracy: suggesting that James Edward Stuart was not in fact the son of James II but a child introduced to the queen's chamber in a warming-pan. In Fuller's version of events the child's mother was disclosed as Mary Grey, a lady-in-waiting to the countess of Tyrconnel, who had been silenced first by being removed to a Paris convent and then, it was implied, by being killed. The book was an immediate success, and was printed in the same year in Edinburgh and soon afterwards issued in Dutch and French translations; at least eight editions were printed by 1702 with a further version as late appearing in 1746, after the failed '45 rising.
ESTC R18305, Wing F2479.
£ 150.00 Antiquates Ref: 22024
This site uses cookies.Find out more.