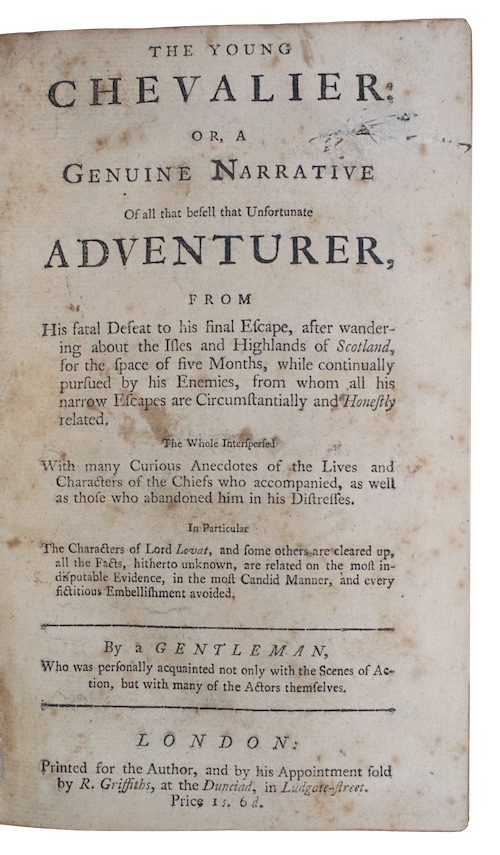 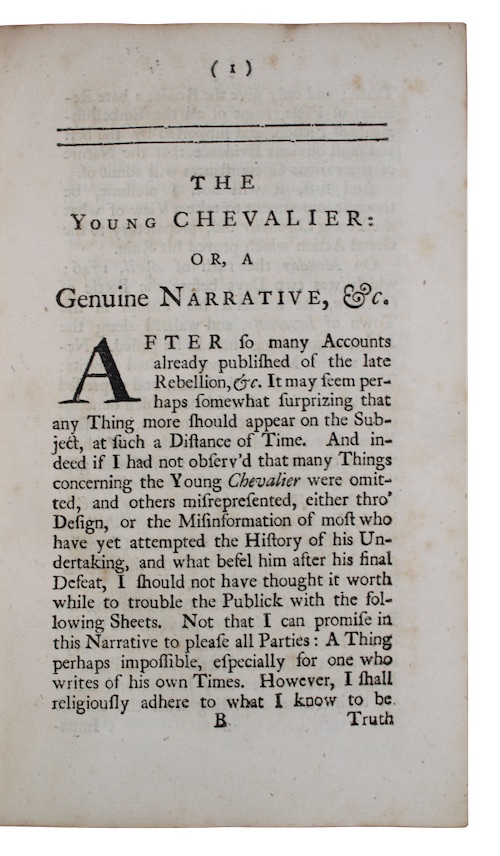 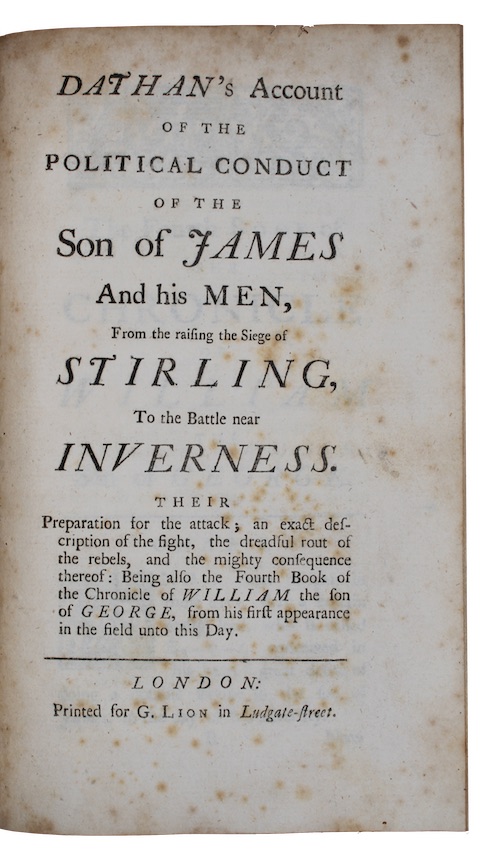 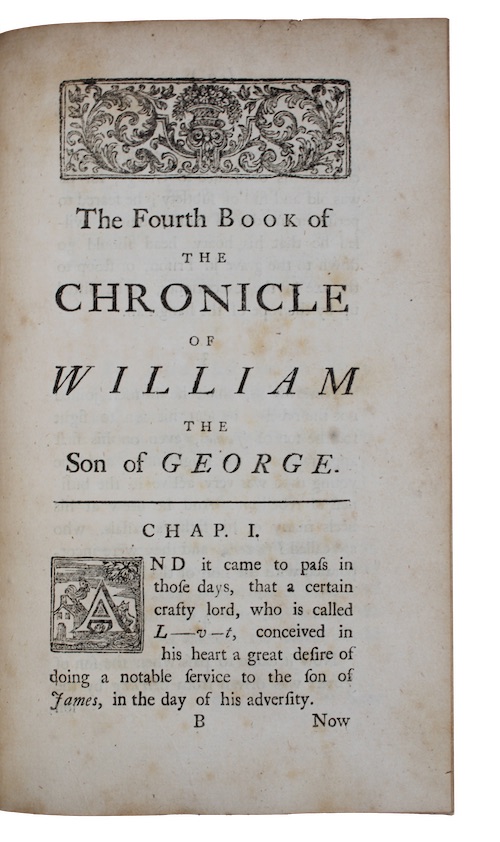 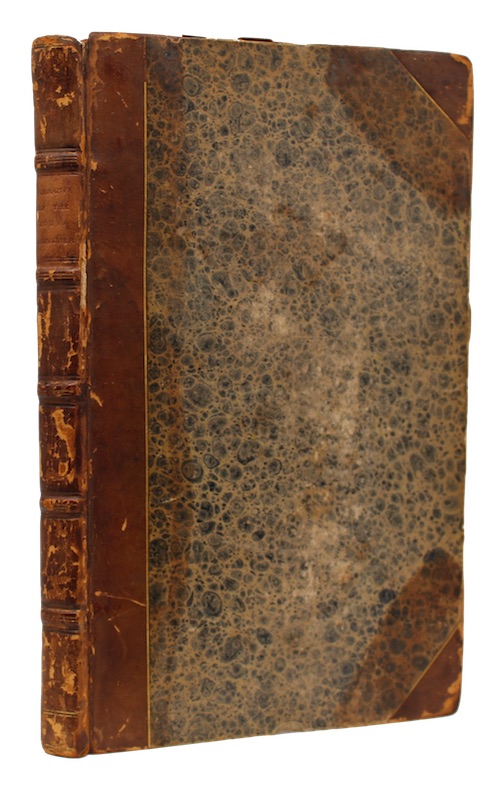 [JACOBITE REBELLION]. The young chevalier: or, a Genuine Narrative Of all that befell that Unfortunate adventurer, from his fatal Defeat to his final Escape...

8vo. Later half-calf, marbled boards. Extremities worn, joints split, without lettering-piece. Partially deleted inscription and small holes to title of first bound work (not touching tet), foxed.
An account of Charles Edward Stuart's journeys following defeat at the battle of Culloden and the suppression of the Jacobite Rebellion. The work, authored by a 'Gentleman who was personally acquainted not only with the scenes of action but with many of the actors themselves', has been variously attributed both Andrew Henderson (fl. 1734-1775) and Henry Goring, an advocate of the Young Pretender. The second bound work, by Christoph Gottlieb Richter (1716-1744), similarly charts the progress of the young Stuart, though the tone is somewhat more satirical.

ESTC records copies of the second bound work at only three locations in the British Isles (BL, Chiddingstone Castle, and NLS), and a further three in North America (Guelph, Kansas, and McGill).
£ 300.00 Antiquates Ref: 22035
This site uses cookies.Find out more.