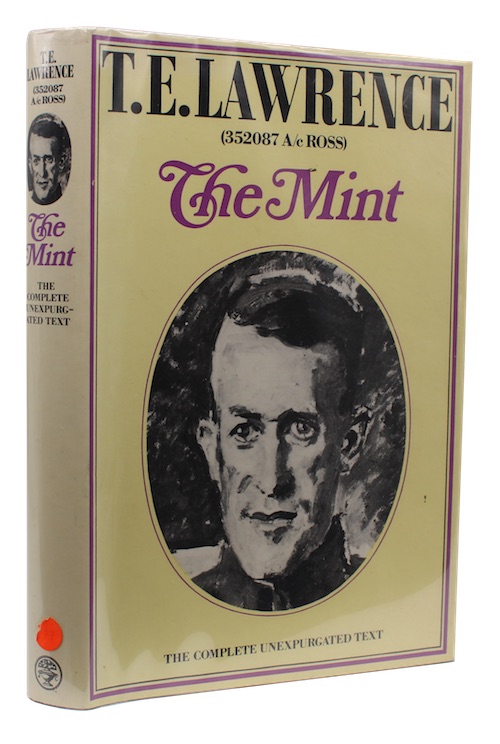 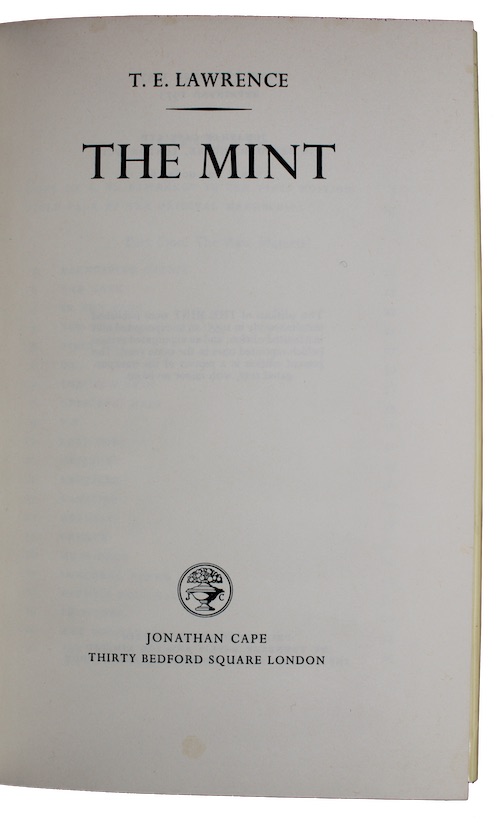 London. Jonathan Cape, [1973].
Call us Email us
8vo. 205pp, [1]. With a portrait frontispiece. Original publisher's brown cloth, lettered in gilt, pictorial dustwrapper. Very minor shelf-wear, some spotting to dustwrapper. Publisher's review request slip pasted to FEP. From the library of the late Jeremy Wilson (1944-2017), the authorised biographer of Lawrence, with his distinctive inked ownership inscription to FFEP.
A 1973 reprint of the unexpurgated edition of T. E Lawrence's The Mint. Two editions were published simultaneously in 1955; an unexpurgated text in a limited edition, and an expurgated version (reprinted once in the same year); the present publication is a reissue of the former. The memoir records his service in the ranks of the R.A.F. Lawrence enlisted in 1922; in an effort to escape public and media attention he assumed the name John Hulme Ross. Upon the discovery of his identity he was discharged, but two and a half years later was permitted to re-enlist, this time using the name of Shaw, under which he had meanwhile served in the Tank Corps.
£ 50.00 Antiquates Ref: 22042
This site uses cookies.Find out more.