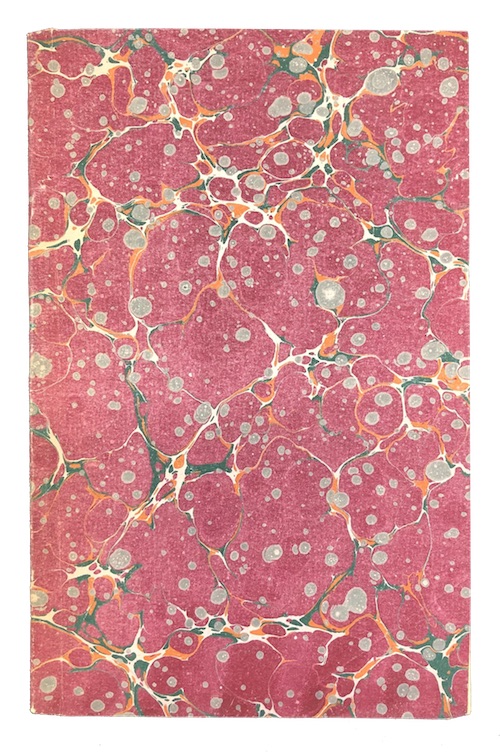 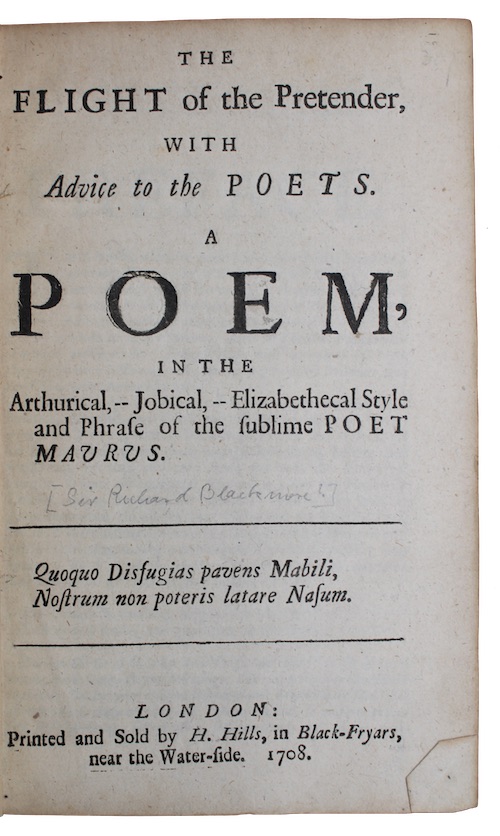 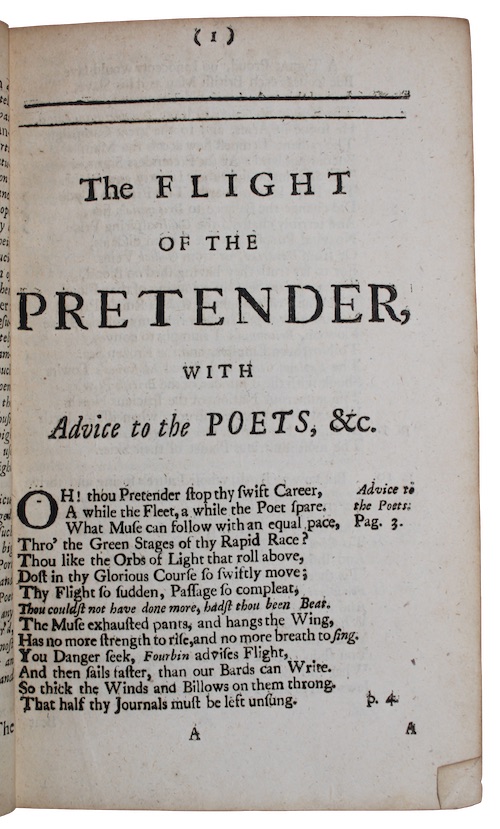 [FLIGHT OF THE PRETENDER]. The flight of the Pretender, with Advice to the poets. A Poem, in the Arthurical, -- Jobical, -- Elizabethecal Style and Phrase of the sublime poet maurus.

London. Printed and Sold by H. Hills, 1708.
Call us Email us
8vo. [4], 8pp. Recent marbled wrappers. A trifle rubbed. Internally clean and crisp.
An anonymous poem satire on the attempted 1708 landing of James Francis Edward Stuart, better known as 'The Old Pretender', parodying the style of Sir Richard Blackmore (1654-1729), whose own Advice to the Poets had appeared in 1706. The exalted burlesque is referenced by page number to Blackmore's verses, underscoring through florid language the absurdity of poets celebrating the flight of the Pretender, and the Jacobites.
ESTC T81610.
£ 200.00 Antiquates Ref: 22053
This site uses cookies.Find out more.