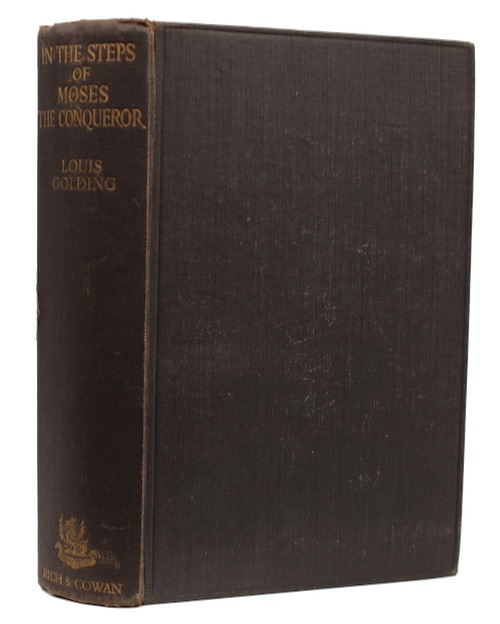 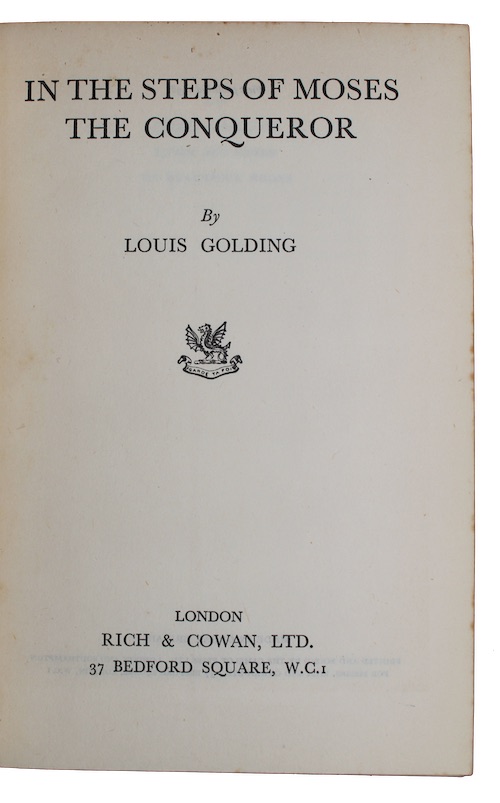 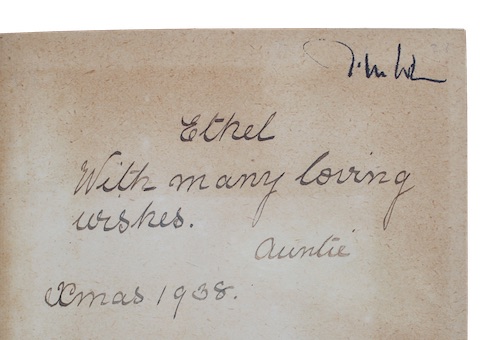 GOLDING, Louis. In the steps of moses the conqueror.

London. Rich & Cowan, Ltd., [1938]. First edition.
Call us Email us
8vo. [10], 426pp. With a photographic frontispiece and a further 24 photographic plates (many by the author). Original publisher's black cloth, lettered in gilt. A trifle rubbed. Endpapers browned, inked gift inscription to recto of FFEP. From the London reference library of the late Jeremy Wilson (1944-2017), the authorised biographer of Lawrence, with his book-label to FEP and distinctive inked ownership inscription to FFEP
The first edition of Louis Golding's (1895-1958) travelogue documenting his journey in the footsteps of Moses from Mount Sinai to the Plain of Moab near Jericho; a sequel to his In the Steps of Moses the Lawgiver (1937). Contained within the narrative are references to T. E. Lawrence.
O'Brien D0012.
£ 50.00 Antiquates Ref: 22168
This site uses cookies.Find out more.