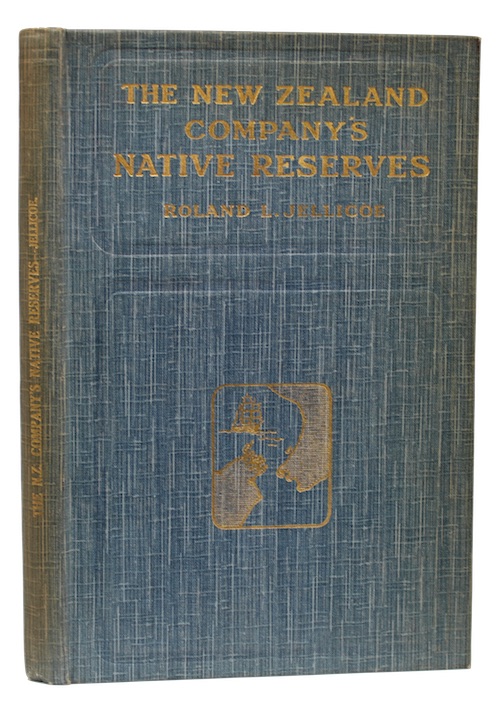 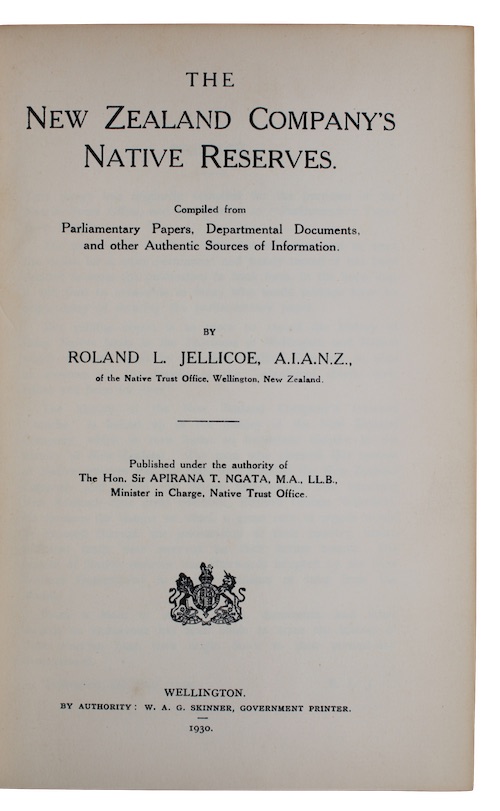 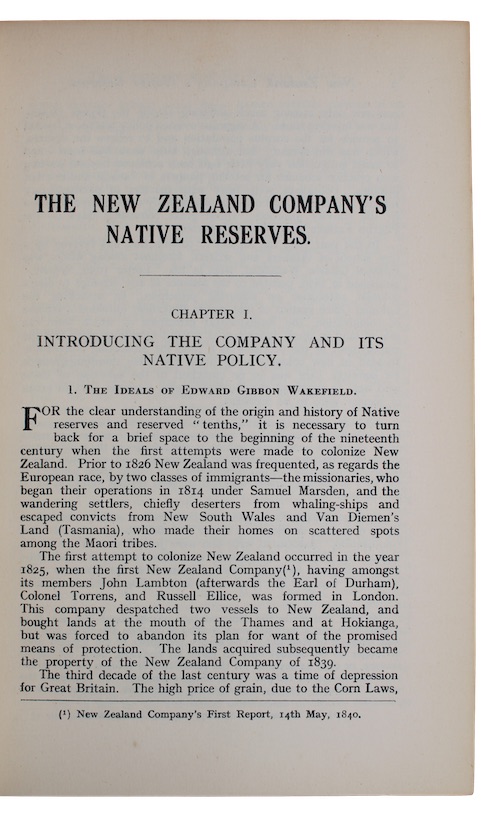 Wellington. By Authority: W. A. G. Skinner, 1930. First edition.
Call us Email us
8vo. x, 116pp. Original publisher's blue cloth, lettered and decorated in gilt. A trifle rubbed. Decorated endpapers, inked ownership inscription to head of half-title, else internally clean and crisp.
The first edition of a record of the history of 'those native lands in the Provinces of Wellington and Nelson which were set apart by the New Zealand Company in 1840 as reserves for the benefit of the 'aboriginal chiefs, their tribes and heirs for ever''. The system was planned by the director of the Company, Edward Gibbon Wakefield (1796-1862), a key figure in the establishment of the colonies of South Australia and New Zealand.
£ 50.00 Antiquates Ref: 22175
This site uses cookies.Find out more.