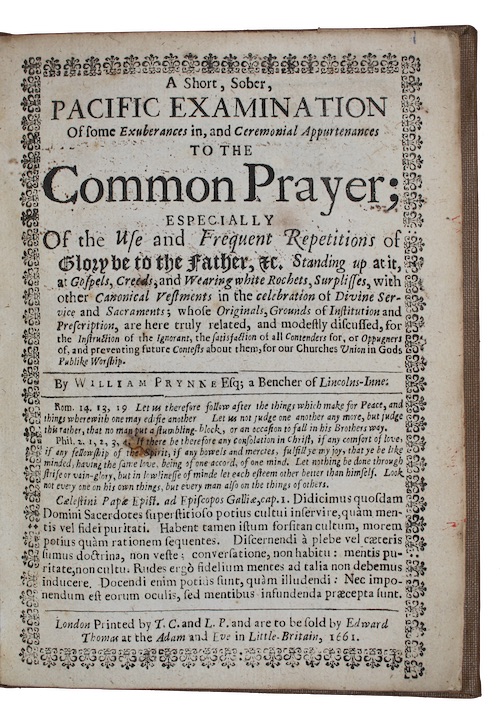 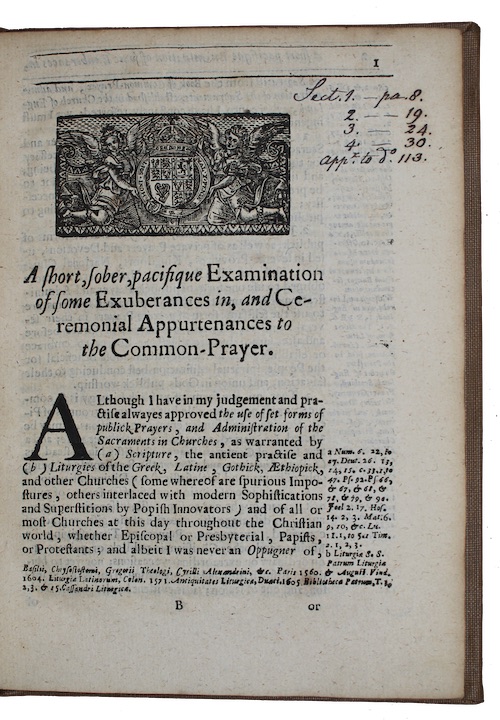 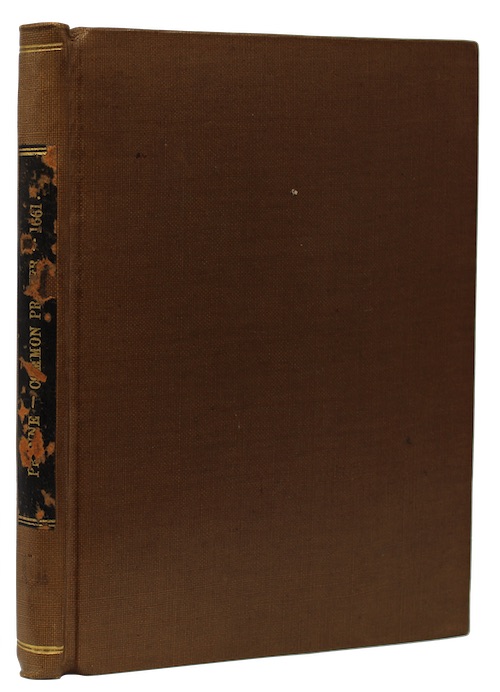 PRYNNE, William. A Short, Sober, pacific examination Of some Exuberances in, and Ceremonial Appurtenances to the Common Prayer...

London. Printed by T[homas]. C[hilde]. and L[eonard]. P[arry]. and are to be sold by Edward Thomas, 1661. First edition.
Call us Email us
Quarto. [12], 136pp. Recent brown cloth, black calf lettering-piece. Lightly rubbed, chipping to lettering-piece. Short inked annotation to head of p.1, occasional spotting.
The sole edition of puritanical pamphleteer and lawyer William Prynne's (1660-1669) critique of the ceremonially rites of the Church of England liturgy, specifically those conventions he deems superfluous, such as elaborate vestments. Responsible for over 200 publications, Prynne's natural Royalism was tested to destruction during two trials for sedition in the Star Chamber, and by the actions of an unbending monarch between 1635-43. An organ for Parliamentary opposition during the Civil War, Prynne composed personal attacks on Charles I and his 'Papist' advisors along with several extensive defences of the Roundhead position. After the regicide of 1649, Prynne reverted to his earlier position, recognising Charles' execution as a martyrdom. Similarly, his opinion of the House of Commons was changed following extensive and published scholarly discussions with Sir Robert Filmer, after which he argued for its subordination to the King, Lords and the precedent of English laws.
ESTC R5455, Wing P4081.
£ 300.00 Antiquates Ref: 22282
This site uses cookies.Find out more.