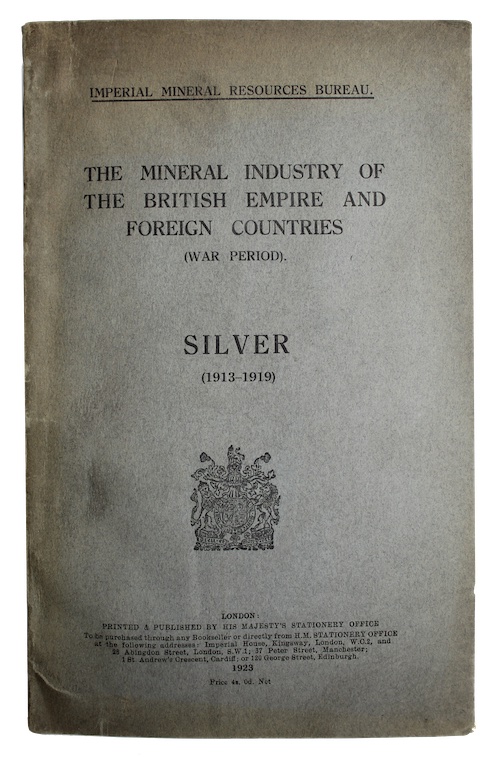 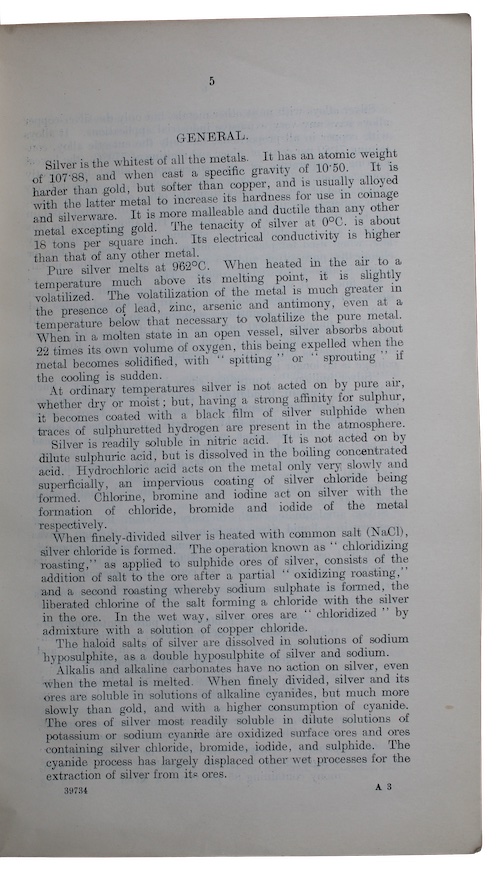 London. Printed & Published by His Majesty's Stationery Office, 1923. First edition.
Call us Email us
8vo. 218pp. Original publisher's printed drab wrappers. Lightly rubbed and marked. Ink stamp of the Birmingham Assay Office to verso of upper wrapper.
A report issued by the Imperial Mineral Resources Bureau providing statistical and technical information relative to the production of silver throughout the British Empire during the period of the First World War.

The Birmingham Assay Office, one of the four assay offices in the United Kingdom, was founded in 1773 and to this day remains responsible for testing the purity of precious metals and issuing hallmarks of certification.
£ 125.00 Antiquates Ref: 22302
This site uses cookies.Find out more.