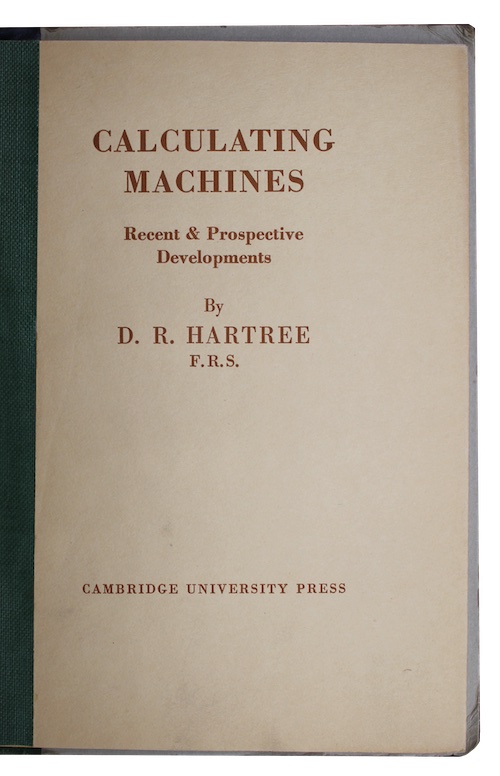 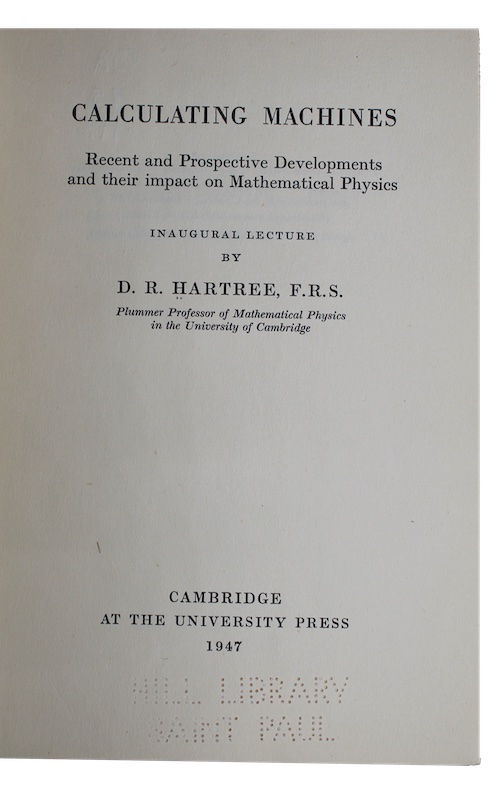 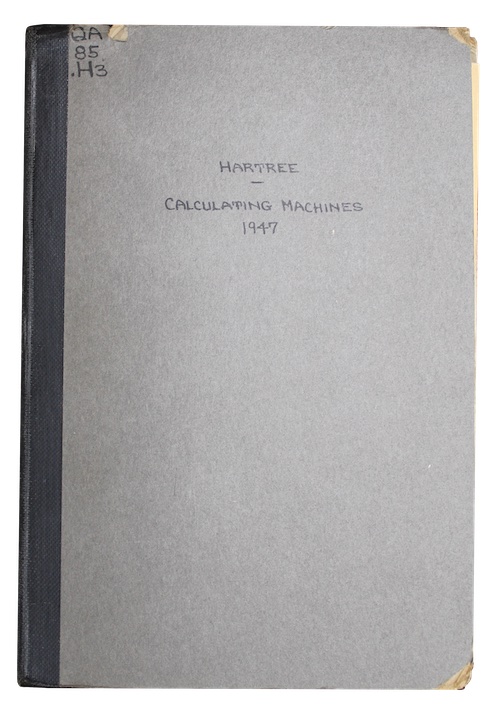 Cambridge. University Press, 1947. First edition.
Call us Email us
8vo. 40pp. With two half-tone plates. Contemporary cloth-backed grey paper boards, title in manuscript to upper board, Original publisher's printed cream wrappers bound in. Extremities rubbed. Blind-stamp of the Hill Reference Library, Saint Paul to title page and p. 9-10, with their ink-stamp to foot of p.40. Book-label of of Erwin Tomash to verso of upper wrapper.
The first edition of Douglas Rayner Hartree's (1897-1958) inaugural lecture as Plummer Professor of mathematical physics at Cambridge University reporting on a research trip to the United States where he was able to use the new ENIAC to solve a problem of differential equations. The lecture marks the introduction of the knowledge about electronic digital computing into Britain.

From the recently dispersed library of Erwin Tomash (1921-2012), American engineer recognised for his early pioneering work with computer equipment peripherals. His library consisted of over 3,000 books and manuscripts relevant to the history of computation, from medieval and renaissance works on arithmetic, finger-reckoning and the abacus, to the birth in the twentieth century of theoretical and practical computer science under Alan Turing.
Tomash H 31.
£ 200.00 Antiquates Ref: 22396
This site uses cookies.Find out more.