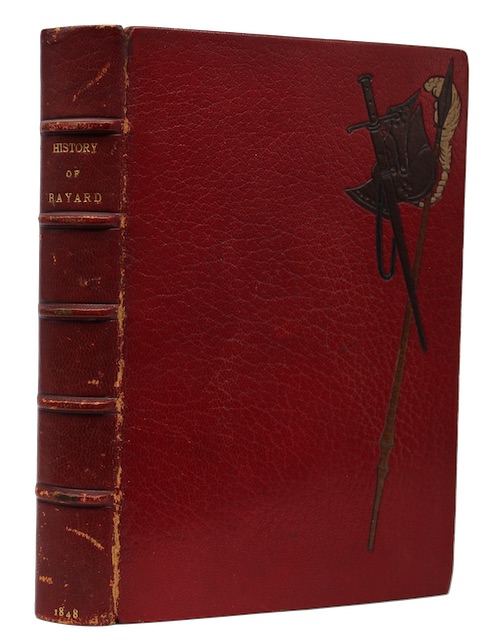 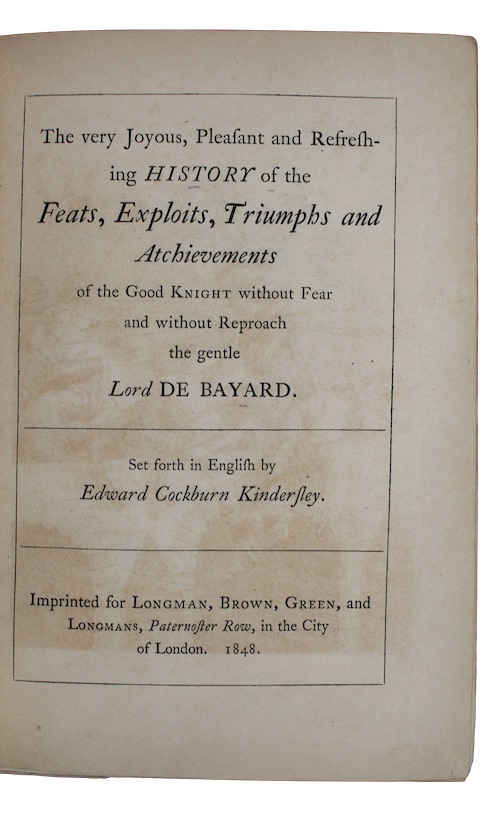 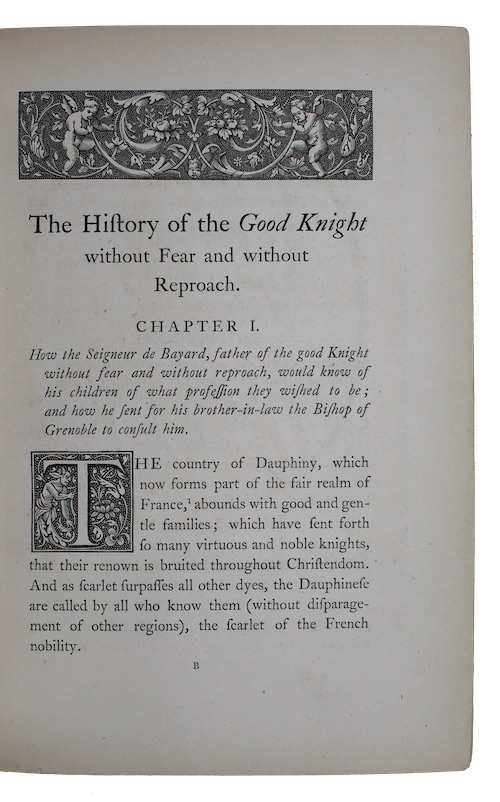 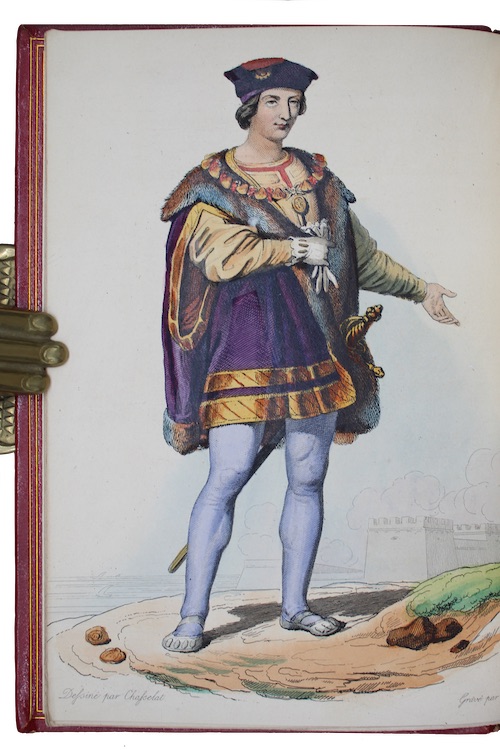 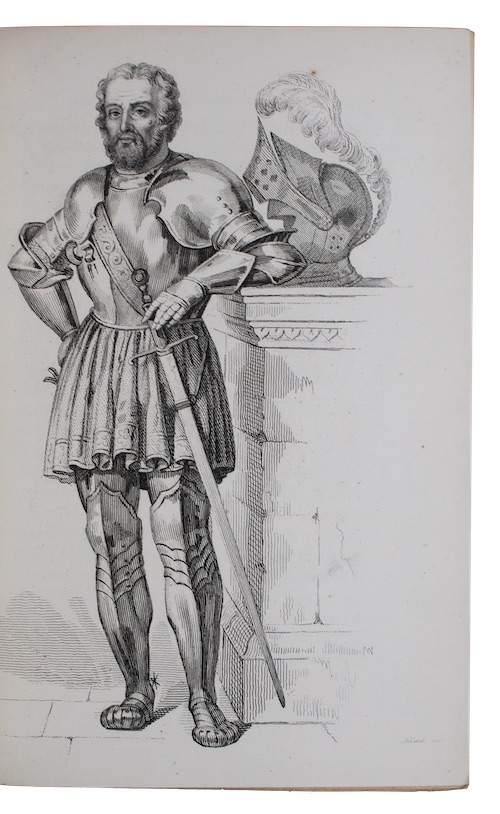 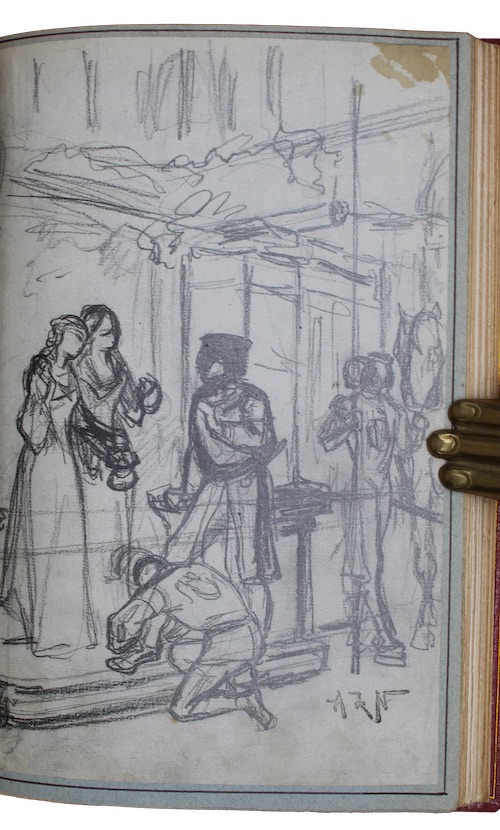 [CHEVALIER DE BAYARD]. The very Joyous, Pleasant and Refreshing history of the Feats, Exploits, Triumphs and Atchievements of the Good Knight without Fear and without Reproach the gentle Lord de bayard.

London. Imprinted for Longman, Brown, Green, and Longmans, [1848]. First edition.
Call us Email us
8vo. 252pp. Extra-illustrated with 17 engraved plates (one coloured), including an original drawing by A. de Neuville. Handsomely bound by Lefort in contemporary crimson crushed levant morocco, inlaid design of medieval armour to upper board, lettered in gilt, T.E.G. Lightly rubbed, spine dulled. Marbled endpapers, internally clean and crisp.
Pierre Terrail, seigneur de Bayard (c. 1476-1524), renowned French Knight, commonly known as Chevalier de Bayard. The epitome of chivalric virtue, Bayard was one of the most renowned military commanders of the sixteenth century Europe. He served with distinction under Charles VIII, securing numerous victories during the First Italian War. Under Louis XII he was the hero of many combats; on one occasion he is said to have single-handedly defended a bridge over the Garigliano against 200 Spanish troops, an exploit that brought him such renown that Pope Julius II sought unsuccessfully to entice him into the papal service. In 1508 he fought at the siege of Genoa and, later, at Padua. Despite being severely wounded at Brescia, he nevertheless enthusiastically joined the Battle of Ravenna (1512). In 1515, on the accession of Francis I, he was made lieutenant general of Dauphiné, notably holding Mézières with 1,000 men against the opposing forces of Holy Roman emperor Charles V totalling 35,000 troops. He was totally wounded whilst campaigning in Italy in 1524, dying in the midst of the enemy. For his unwavering gaiety and kindness his contemporaries dubbed him 'le bon chevalier'; as the centuries have passed the epithet e chevalier sans peur et sans reproche (the knight without fear and beyond reproach) has been more commonly adopted.
£ 250.00 Antiquates Ref: 22432
This site uses cookies.Find out more.